Looking for a Good Book? 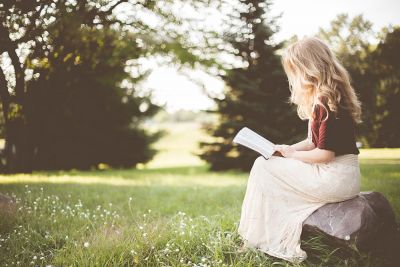 “Italian for the Gourmet Traveler,” by Fred Plotkin
Fred Plotkin takes us beyond the traditional tourist experience and lures us to special places, whether in big cities or out-of-the-way villages. Under his discerning eye, we learn about the food, wines, local bakeries, olive oil distilleries, cheeses, markets, restaurants, and best kept secrets of Italy’s culinary world. Lovingly drawn portraits of the people who make world-famous regional specialties and local history make each village, town and city come alive.

“City of Fortune: How Venice Ruled the Seas,” by Roger Crowley
The New York Times bestselling author of “Empires of the Sea” charts Venice’s astounding five-hundred-year voyage to the pinnacle of power in an epic story that stands unrivaled for drama, intrigue and sheer opulent majesty. From the opening of the spice routes to the clash between Christianity and Islam, Venice played a leading role in the defining conflicts of its time—the reverberations of which are still being felt today.

“Angels & Demons,” by Dan Brown
Critics have praised the exhilarating blend of relentless adventure, scholarly intrigue and cutting wit found in Brown’s remarkable thrillers featuring Robert Langdon. An explosive international suspense, “Angels & Demons” marks this hero’s first adventure as it careens from enlightening epiphanies to dark truths as the battle between science and religion turns to war. As a bonus, you can travel to Rome and visit all the places in the book in real life!

“Gomorrah: A Personal Journey into the Violent International Empire of Naples’ Organized Crime System,” by Roberto Saviano
This true story about the underground economy of Naples is impossible to put down. The groundbreaking, unprecedented best-seller in Italy traces the decline of the city of Naples under the rule of the Camorra, an organized crime syndicate more powerful and violent than the mafia.

“The House of Medici: Its Rise and Fall,” by Christopher Hibbert
At its height, Renaissance Florence was a center of enormous wealth, power and influence. A republican city-state funded by trade and banking, its often bloody political scene was dominated by rich mercantile families, the most famous of which were the Medici. This enthralling book charts the family’s huge influence on the political, economic and cultural history of Florence.