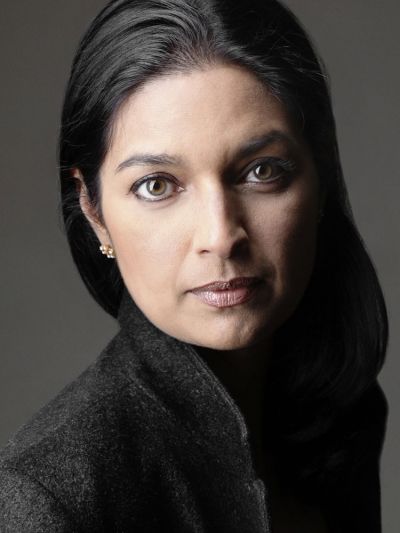 Have you ever tried to learn a language and felt bewildered, confused, and discouraged no matter which method you tried? Have you ever felt inadequate when speaking with natives, not being able to construct sentences, forgetting the vocabulary? If so, what you are about to read will sound very familiar. It is the linguistic journey of Jhumpa Lahiri, an acclaimed author of several novels, such as “The Interpreter of Maladies,” “The Namesake,” “Unaccustomed Earth,” and “The Lowland.” Born to Bengali Indian immigrants, she grew up speaking her parents’ mother tongue. When she began school, English became her dominant language. Neither of these languages was a spontaneous choice; the first was naturally decided by fate, the second predictably imposed by circumstances. Aside from Bengali and English, Lahiri is also acquainted with the Italian language, but contrary to the first two, learning Italian was a personal desire. It flourished unexpectedly in 1994 after a one-week trip to Florence. On this occasion, she traveled to Italy during graduate school to get a closer glimpse at the Italian Renaissance. While there, she became infatuated with the language. Upon returning to the States, she experienced an unexplainable desire to learn it. She began her journey with the purchase of a book titled “Teach Yourself Italian.” However, she disliked the silence, the lack of human interaction, the isolation that came with the self-teaching method.

What started as an infatuation grew into a deep love in the true sense of the word. She sought the help of private tutors with whom she studied for several years. Like a laborious student, she successfully completed the homework and managed to have elementary conversations. However, her journey was not an easy one. When she tried to read more challenging material, she had trouble understanding. Many of the new words she encountered were a mystery. Meanwhile, she returned to Italy on a couple of other occasions. Like a student facing an exam, she felt prepared. Nevertheless, she writes: “in Venice I’m barely able to ask for directions on the streets, a wakeup call at the hotel.” When attempting to converse with natives she lacked words, had trouble understanding them and was unable to hold a real conversation.

In the meantime, she became a mother and a successful American writer. She continued to pursue her wish. With a third tutor, the Italian sessions gradually became one of her favorite weekly activities. Conquering her dream seemed “more possible than impossible.” Despite the improved conversations, though, the language remained evanescent. At the end of the session, it seemed to disappear. It appeared only temporarily with the presence of the teacher. Lahiri wished to develop a more intimate connection. She wanted to stop living in what she calls “a state of exile.” In 2012, she transferred to Rome to abolish the geographic distance. In Rome, “Italian can be with me every day, every minute. It will always be present, relevant. It will stop being a light switch to turn on occasionally and then turn off.”

Meanwhile, six months before moving to Italy, Lahiri renounced reading English which had given her award and fame, and instead focused on reading exclusively in Italian. She did so every opportunity she got: on the subway, in bed before going to sleep. She attempted to read more challenging work by Moravia, Pavese and the poetry of Quasimodo. She meticulously wrote down in her notebook every new word she encountered, each of them representing a jewel to treasure.

After a week in the eternal city, she began writing exclusively in Italian. In her article, she openly admits “I write in a terrible Italian, full of mistakes. Despite the sense of embarrassment, she proceeded on her journey, filling one notebook after another, writing one paragraph and then another. At one point, she set aside the dictionary which had been a sort of life jacket and gradually started sailing away on her own. Eventually, Jhumpa Lahiri conceived “In altre parole” (In Other words), her first book completely written in Italian. Her book, which recaptures the trajectory of her linguistic voyage, was later translated into English.

Lahiri’s story is as exquisite as it is inspiring. Besides representing an honor to our language, it is also a story that exemplifies the challenges of learning a new language. Though mastering a new language is a process that greatly enriches our identity, it is also a fragrant rose with many stinging thorns. As in Lahiri’s case, becoming fluent takes willingness, effort and, most of all, requires time. It is, “in other words,” an everlasting process. But the true beauty of it all lies precisely in the fact that there is not an expiration date. There will always be something new to learn, something new to discover on any given day, whether it is our own native or an acquired language.

Tweet
More in this category: « Looking for a Good Book? Luca Madonia - Aesthetically and Thoughtfully Expressing His Emotions Through Music »