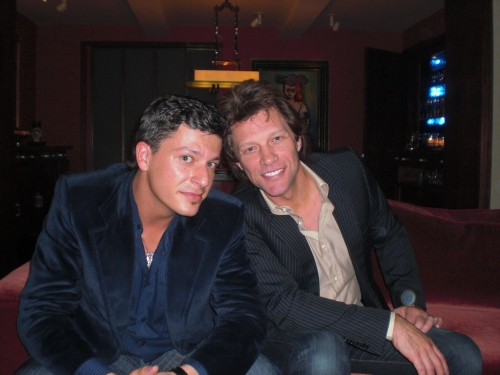 In fact, in a Critic's Pick of the Day published in The Boston Globe described Buanne this way:

Having sold millions of albums worldwide in the last 8 years, and having made a mark on the US album charts and PBS stations across the nation with his first three albums based on Italian standards, the Neapolitan crooner is currently signed for worldwide release in the US for his fourth and newest album on his birthday September 20, 2013.

For Patrizio Buanne, it's all about the voice, and an instinctive ability to convey real emotion. The dark, ruggedly handsome singer has already won over a legion of fans with two previous albums rooted in the pop traditions of his homeland. Buanne has performed for such luminaries as The Pope, Royal Families, a US President, and many other celebrities.

With his current album, 'PATRIZIO', he's stepped up a level. Though the album remains true to Buanne's role as an ambassador for Italian song, which is Buanne's trademark, and is featured throughout the album on songs including: "Never Never Never," "Estate," "Mambo Italiano" and "Tu vuo' fa l'ammericano", 'PATRIZIO' also marks the broadening of this Neapolitan's horizons as he places a more international slant on his natural way with a song. The album reached immediate platinum status in Australia, New Zealand, Asia and South Africa.

"I'm not just an Italian guy singing Italian songs. It's important to give people the kind of music I am known for, but I also wanted to open myself up artistically and give them something else or rather something "more of me" that's why we called the album 'PATRIZIO'. I wanted to present my passion for interpreting any great song-no matter if Italian, American as well as new songs."

This email address is being protected from spambots. You need JavaScript enabled to view it.