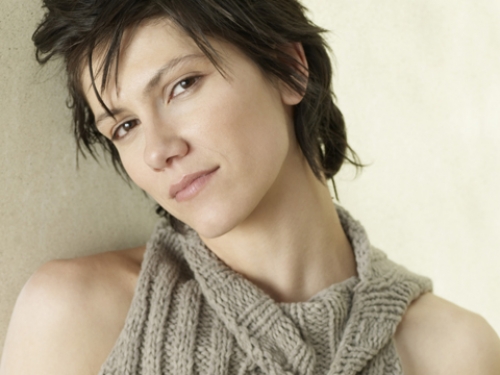 It is usually easier to take the path of least resistance and "play it safe". Musical virtuosos, such as Elisa Toffoli, however are not "wired that way". She was born in the province of Trieste, a border town in the northeastern region of Friuli-Venezia Giulia on December 19, 1977. Known simply as "Elisa" she has the unusual distinction of being one of the few successful Italian songwriters who compose nearly all their song lyrics in English. In addition she has also performed some of her songs in Spanish, French and Kurdish. Her upbringing in that culturally diverse area of the country, as well as having relatives from Russia and France have all contributed to her unique eclectic continental sound and have undoubtedly influenced her songwriting. Her preferred musical tastes include the works of renowned female vocalists such as Dolores O'Riordan, BjÃ¶rk, Tori Amos, Alanis Morissette, Sarah Vaughan, Aretha Franklin and Ella Fitzgerald. She was also inspired by the songwriting skills of legendary "Doors" frontman, Jim Morrison as well as the poetry of Rudyard Kipling. She displayed an early interest in the performing arts including dancing, painting and singing. By age eleven she was composing her first musical pieces and shortly thereafter she began singing as a lead and backup vocalist and musician with several local outfits always delving into a myriad of musical genres. Elisa was discovered at age sixteen by legendary musical executive Caterina Caselli, who was immediately taken in by her voice and lyrical capacity. She was signed to a record contract with her "Sugar" music label one year later and at eighteen she headed off to California to work with noted Italian music producer Corrado Rustici on recording her first album, the pop-rock oriented "Pipes and Flowers" (1997). This debut, English-only release, remarkably sold over 300,000 units in Italy and was certified triple-platinum, although it contained no songs written or performed in Italian. Elisa accompanied both Zucchero and Eros Ramazzotti as the opening act on their European tours. She would not release her follow-up album "Asile's World" until May of 2000. The album was again performed in English but her musical creativity now reflected a more electronic and dance-styled beat. The release received both critical and popular acclaim and sold over 250,000 units. Elisa made her debut appearance at the Sanremo Music Festival in 2001 and captured first place in the "Categoria Campioni" (Champion's Category) with the hauntingly beautiful and complex love song "Luce (Tramonti a nord est)". Elisa enlisted the songwriting skills of legendary Italian artist Zucchero for the Italian lyric to the song as she had originally written the piece in English and was entitled "Come speak to me". Riding the wave of success, Elisa returned to the studio a year later and recorded her third album "Then Comes the Sun" (2001). The release reflected her insistence on writing and singing exclusively in English and returned to a more pop-rock style. Sales exceed over 300,000 units, achieving triple-platinum status, but more importantly featured Elisa performing many of the instrumental parts, including guitar and piano. Her tours in support of these last two recordings now featured her as the headlining act. Each of Elisa's next three recordings remained unconventional and unique. "Elisa" (2002) was her first greatest hits compilation; which was deliberately and heavily marketed to international markets that included Israel, Turkey, South Africa and New Zealand. "Lotus" (2003) would be her first live recording and was performed in a nearly completely acoustical setting. She finally included two Italian language songs on this album; "Luce (Tramonti a nord est") and "Almeno tu nell'universo". "Pearly Days" (2004) was recorded in California and produced by legendary American songwriter Glen Ballard. For the next several years Elisa was touring so extensively that her next three albums were either compilation or live recording releases. The fall leg of her tour in 2008 took her to sixteen venues throughout North America for the first time. In June of 2009, Elisa participated in the "Amiche per L'Abruzzo" benefit concert at Milan's San Siro Stadium to raise funds for the victims of the earthquake that devastated the region earlier in April. Her sixth studio album "Heart" was finally released later in November and featured two more songs written in Italian. Her next recording "Ivy" was an acoustic re-visitation of her more recent works and contained six songs in Italian and was released in a CD/DVD format. Elisa's new recording "L'anima vola" was just released on October 22nd and is entirely written and performed in Italian. The album signals a new direction her career as she has collaborated with popular Italian artists such as Ligabue, Tiziano Ferro, Ennio Morricone and Giuiliano Sangiorgi. Along with her companion Andrea Rigonat, who is also the guitarist in her band, they have given birth to two children; Emma Cecile in October of 2009 and Sebastian in May of 2013. For more information you can visit her website at www.elisatoffoli.com.

Tweet
More in this category: « Castaldo is enjoying the fruits of his labor Audio 2 »