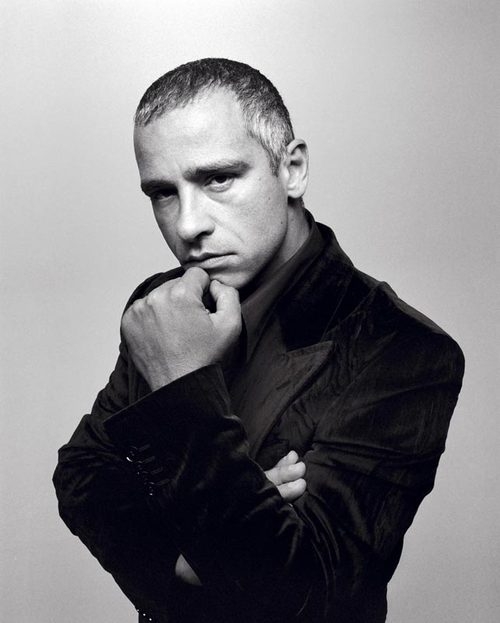 The popularity of Italian pop music star and recording artist Eros Ramazzotti has undoubtedly made him one of the country's most famous performers both in Italy and abroad. His career spans over 25 years and his recordings have sold in excess of 50 million units.

Eros Walter Luciano Ramazzotti was born on October 28, 1963 in Cinecittà, a suburb of Rome known for its famous film studios. It was no surprise that while growing up he developed an appetite for entertaining as he appeared in several bit parts for movies. His parents, Rodolfo and Raffaella, noticed that music came to him naturally so they encouraged him to pursue his dreams by applying for admission at the Music Conservatory of Rome. Amazingly, he was rejected and chose instead to pursue studies in accounting. His interest waned after three years and he abandoned school to pursue his dream of a career in music.

Having studied both the piano and the guitar, Eros began composing his own songs. His first opportunity occurred at the Castrocaro Music Festival in 1981 where he presented one of his first compositions, "Rock 80." Although Eros did not capture first place, his efforts did not go unnoticed as legendary Italian singer and impresario Gianni Ravera introduced him to Baron Lando Lanni, founder of fledgling music label DDD (Drogueria di Drugolo), who immediately signed him to a recording contract. His first single, "Ad un amico," released in 1982 and dedicated to a childhood friend who died prematurely, went unnoticed. Undaunted, he continued to write and his efforts were soon rewarded at the 1984 Sanremo Music Festival when his composition "Terra Promessa" captured first place in the "Nuove proposte" (Newcomers category).

Returning to the festival, the following year in 1985, he competed in the "Big" category, and presented the moving ballad "Una storia importante," which finished in sixth place. Later that year, he released his first album, Cuori agitati, which contained these two songs and enjoyed a lengthy stay on the charts in both Italy and France. Piero Cassano, formerly of Matia Bazar, served as the album's producer.

Ramazzotti made his third and final appearance at Sanremo in 1986 and captured first place with the unforgettable ballad "Adesso tu." The song was included in his second release, Nuovi eroi, which immediately went to the top of the charts in Italy and established Eros as an international star in various countries throughout the European continent.

His third album, In certi momenti (1987) included the duet "La luce buona delle stelle" with British actress and recording artist Patsy Kensit. It achieved sales of nearly 4 million units and was followed by a lengthy nine-month global tour during which he performed to over a million spectators.

His next effort was the five-song mini-album, Musica é (1988), which was so successful that it was re-released in an expanded eight-song format. He again took to the road in support of this release and would not return to the studio until nearly two years later once the tour was completed.

His sixth recording, In ogni senso is still considered by many as his finest effort to date. The press conference announcing the release of the album was attended by over 200 international journalists. The release featured the duet "Amarti è l'immenso per me" performed with Antonella Bucci and many of the tracks were recorded at the famous Abbey Road Studios in London. For his supporting tour, Eros included a stop in the United States at the legendary Radio City Music Hall in New York City on July 19, 1991 and performed to a sold-out audience.

His next album, Eros in Concert (1991) was a live recording that captured the high points of this international tour. Subsequently, in 1992, the VHS video recording Eros Ramazzotti: In giro per il mondo was released and included concert footage including home movies from his time spent in America. Eros released his sixth recording, Tutte storie, in April of 1993, which went on to sell over six million copies and as with all his previous and future recordings, he concurrently released a Spanish version of the album.

At this point in his career, Eros chose to have greater control over the creation of his music; therefore, in 1995 he established his own music production company called Radiorama. He would consequently end his working relationship with Piero Cassano, who chose to return thereafter to Matia Bazar.

Ramazzottiâs seventh recording, Dove c'é musica, sold over seven million units and signaled his emergence as a major player on the Italian pop music scene. During this time his only child, daughter Aurora, was born to him and Swiss model Michelle Hunziker on December 5, 1996. He then released a greatest hits album entitled Eros in 1997, which included duets with Andrea Bocelli and Tina Turner as well as two new hit songs "Quanto amore sei" and "Ancora un minuto di sole." Another live recording, Eros Live, (1998) closed out the millennium.

Eros and Michelle got married in April of 1998 but their marriage ended in divorce after only three years. After a brief pause from the music scene, Eros returned to the studio refreshed and released Stilelibero (2001), a recording that reached sales of over four million copies and went platinum in twelve other countries including the United States. The album featured a duet with American actress and singer Cher that was entitled "Piu' che puoi" and his ensuing tour included his first performance at the Kremlin Palace in Moscow.

While at the top of the music pinnacle, tragedy struck however, as his mother succumbed to an illness and died the following year. After a period of grieving he returned to the studio to release his ninth recording, aptly titled 9, in May of 2003. The album achieved sales of over three million units. His most recent recordings include Calma apparente (2005), a second greatest hits compilation e2 (2007), Ali e radici (2009) and the just newly released double-live recording, 21:00 Eros Live World Tour.

In April of 2008, Eros received an award from the National Italian American Foundation for extraordinary contributions to Italian Music in Hollywood. For more information visit his website at www.ramazzotti.com.

Tweet
More in this category: « Iva Zanicchi: An international Italian icon Alexia (The powerful voice of a petite singer) »