Tutto Vero, Campobasso in Serie A! 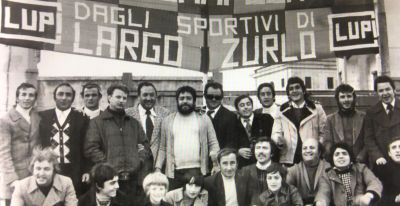 For those who know Serie A, this headline may seem far-fetched. But, far-fetched is not impossible. This fun thought came to mind when I ran across big sports news reported in the early days of December 2020. No, not the trade of Francisco Lindor. Something bigger. Something possibly more near and dear to the hearts of the many Molisani in Cleveland and across the globe.

On December 4, 2020, U.S.-based North Sixth Group, LLC acquired an ownership stake in professional soccer club SS Citta di Campobasso Calcio. With the acquisition of SS Campobasso, new ownership has set some big targets, most notably to guide the club into Italy’s upper league divisions, Serie A and Serie B. I like the vision which will no doubt be difficult.

While Molise may be a less well-known region of Italy, it shares an Adriatic Coast with Abruzzo (L’ Aquila) to its north and Puglia (Bari) to its south. Heading west, one quickly enters Lazio (Roma) and/or Campania (Napoli). Molise offers the finest landscapes, crafts, foods, and people. It is a beautiful, pure and genuine region whose people have gone to live throughout the world, as we know so well here in Cleveland, especially at Club Molisani. A topflight team would be icing on an already wonderful cake.

Since 1919, Molise has been home to Campobasso Calcio, today known as SS Citta di Campobasso. As its name indicates, SS Campobasso is the home team for the City and Province of Campobasso and possibly the largest “home team” for the Region of Molise.

While its official name has changed over the years, SS Campobasso has generally played in the lower levels of Italian league divisions. As Italians seek perfection, they have arrived at a league structure with nine, yes nine, officially recognized divisions, the top four by a letter system, then it gets more complex. Many know of Serie A with Juventus, Roma, Napoli, Milan, and Inter Milan. SS Campobasso are in Serie D, currently.

The glory years were the mid-1980’s as Campobasso Calcio were able to spend five seasons in Serie B. During this Serie B era, the current stadium, Nuovo Romagnoli with a capacity of 25,000, was constructed. To reach Serie A, a team must finish within the top three of Serie B and believe it or not, Serie A for Campobasso at that time was within striking distance, especially the 1983-1984 season. By 1987-1988 the team was forced down to Serie C and the rest, as they say, is history.

The ownership stake by North Sixth Group has brought some immediate benefit. Campobasso Calcio now has a YouTube channel. To help connect with the global Molisani diaspora, the channel allows viewers  to watch live games, no subscription needed. Matches are usually held at 8:30 a.m. EST on Sundays. You can also find the new Campobasso Calcio shop at www.sscittadicampobasso.it/store.

It is my hope that North Sixth Group and its current Chairman, Matt Rizzetta, see an opportunity to invest in a team which represents the capital of a region. While YouTube and a team shop are early steps, North Sixth Group has stated that other goals include investment to develop SS Campobasso’s youth system, improve their training facilities and expand their global reach. All with an objective to guide SS Campobasso into Italy’s upper league divisions.

Perhaps SS Campobasso can follow in the footsteps of Benevento, in neighboring Campania. Benevento watched their team, founded in 1929, navigate their way into Serie A for the first time in the 2017-2018 season after entering Serie B for the first time in the 2016-2017 season. The initial stay was short, one season, but the 2020-2021 season has seen Benevento return to Serie A. Maybe there is a useful roadmap here for SS Campobasso to follow.

Molise non Esiste? Yes, it exists, in all its beauty and is home to SS Citta di Campobasso, destination Serie A! Forza Campobasso. Forza Molise.