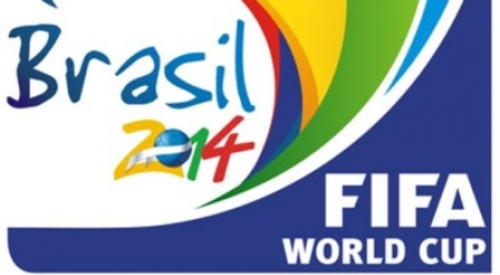 "In Italy, the World Cup is absolutely more important than politics and the ever-changing government," says Dante Difiore of Highland Heights. "It's a love affair, and fans take the Cup as seriously as "la famiglia" and good food. One year, the Italian team was eliminated early on, and when their plane returned to Rome, the fans greeted the plane and players by tossing pomodori (tomatoes)."

DiFiore (Isernia/Molise) attended the '90 World Cup in Rome and the '94 World Cup in Los Angeles. "I was at the Stadio Olimpico when Italy didn't make the finals, and West Germany won the Cup 1-0 over Argentina. I was also in Los Angeles when Italy lost 3-2 and finished runner up to Brazil."

Italy is a four-time Cup winner, second only to Brazil who has five; West Germany has three; Argentina has two; and England, France, Uruguay and Spain each have one trophy. The World Cup ranks among the world's most widely viewed sporting events. In 2006, a reported 715 million people watched the final match between Italy and France, where Italy won in a penalty shoot-out.

The first international match was played in Scotland in 1872. The Fédération Internationale de Football Association (FIFA) staged the inaugural World Cup tournament in 1930 in Uruguay. This year, 32 teams will compete in a round robin tournament over a month, beginning at Sao Paulo's Corinthians Arena in Brazil. The qualification phase took place in other countries over the last three years. A record 204 countries competed to qualify in the 2010 FIFA World Cup. The host nation always participates, and the defending champion this year is Spain.

What are Italy's chances of winning World Cup, beginning in 12 venues across Brazil on June 12? DiFiore claims that two of the best Italian soccer players in history were Mazzola and Rivera. But who are the ones to watch this year?

"Keep your eye on Mario Balotelli and Giuseppe Rossi. Balotelli is an unbelievable scorer, having struck the net five times in five recent appearances, and Italy needs him to be in his best form to win the Cup," says DiFiore. He also singled out Giuseppe Rossi, the hottest striker in Series A, despite injuries. "Most everyone agrees Gigi Buffon is the best goalkeeper in Italy, and we will be looking for strong playing by Giorgio Chiellini, Salvatore Bocchetti, Leo Bonnucci and Andrea Pirlo."

Italy plays England in opening action, and Italian coach Cesare Prandelli, acclaimed for his disciplinary stand, will not tolerate misbehavior. "My âfoot-bol' players will do Italy proud," he says.

In World Cup side notes, the trophy Brazil won in 1970 was stolen in 1983. It was recovered and in likelihood was melted down by the "bad guys." The newest World Cup trophy, designed by Italian Silvio Gazzaniga, stands 14 inches high, weighs 13 ½ pounds and is made of 18-karat (75%) gold. Two athletes rise out of the body of the sculpture at a crowning moment of victory. L'Italia vincerà!

Tweet
More in this category: « The unbeatable experience of soccer in Italy Traditional Italian Folk Dancing »