Naples and the Italian Genius 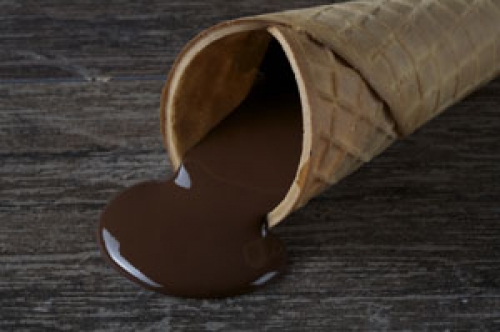 Here we are again as usual like every spring, counting how many extra pounds and remorse we have from the past winter season. We've made sacrifices in the gym, lifting weights, doing yoga, but what do you expect, we're Italians and are extremely attached to our culinary traditions that are linked to the sense and union of family that we love and cannot survive without.

Easter is a holiday built on traditions and there is one city in Italy that conveys these traditions to the highest degree: Naples. A mixture of scents and tastes, where the art from the Bourbon period mixes splendidly in the neighborhoods such as in the housing projects of the Spanish Neighborhood, that is traced back to 1536, when Naples was under Spanish rule. This neighborhood is characterized by its buildings and vast area that expands from Corso Vittorio Emanuele to Via Toledo all the way to the Royal Palace. The neighborhood was constructed for the guests of the royal family, hence it a direct and short distance to the Royal Palace. The Spanish Neighborhood has evolved during the years, creating beautiful, natural scenery that no other city in the world can offer and that represents all that is Naples, spontaneity and tradition. The breathtaking panoramas of the Gulf with Mount Vesuvius as the backdrop, the intense colors of the buildings, especially in the late afternoon when the sun splendidly kisses them and the different shades of blue of the sea, it's no wonder why the poet Goethe once said "vedi Napoli e poi muori," or rather "see Naples and then die."

Experts say that memories etched in one's mind are established by two senses alone: taste and scent. This is the logical reason why the people of Naples are so attached to their city of many scents and tastes. It would be hard to put in words everything that a Neapolitan feels for his city and his fellow citizens, a population that is often tormented and misunderstood. Apart from its vast and intricate history, the splendid city of Naples has also earned its title of world capital of culinary art from pizza to pasta and the many different, imaginative and unique ways to prepare fish. Naples is also famous for its coffee; its taste is unique and binding, thanks to the way and the temperature at which the beans are toasted and the procedure in which the barista prepares the espresso.

A Neapolitan is defined as a person capable of living anywhere in the world. It seems crazy but it's a characteristic that unites every person that lives or has lived in that city. In fact, Neapolitans are found all around the globe and continue to share their culinary traditions that have rendered Naples famous, like the worldwide production of mozzarella di bufala and la pizza napoletana. Neapolitans not only share their culinary culture with the rest of their world but apply their genius, passion and their fantasy to what they do. Case in point, about three years ago, a Neapolitan "genius" ventured to Milan, the economic center of Italy and fashion capital of the world to open "Cioccolati Italiani." You might be asking yourself what is so unique about this place. Well, it was founded by Neapolitan, Giovanni Ferrieri, who lived in Naples all his life. Thanks to the love, dedication and passion he had to interpreting taste and delight, he decided to embark on this challenge and go to a city that he was not familiar with and where the classical "bar" culture and cuisine was without a doubt completely different to that what he knew in Naples. Ferrieri started off with a small foundation based on essentiality, consistency and introduced a new standardized format, something original even in such a big city.

A part from the beautiful esthetics this locale has to offer, its main focus is an ancient component defined as the pleasure of existence that is: chocolate. Here, the act of eating chocolate is an involving experience. From pure chocolate ice cream to chocolate pasta (a truly exotic taste), solid chocolate from the best cocoa plantations in the world, ice cream filled brioche, indulging chocolate cake, chocolate fountains and chocolate filled ice cream cones, this unique mouthwatering eatery is a perfect place for anyone passionate about enjoying food and life. Cioccolati Italiani also features novel and traditional Italian pastries, Sunday brunches and of course coffeeâmade the Neapolitan way. Other than the actual in-house production of the ice cream, pastries and other dishes, there was one thing that was created that is unmistakably genius and innovative for such a locale. Cocoa is sometimes defined as the "black gold" of the Earth, so if gold is guarded in vaults, why not create a vault for chocolate as well? Done deal, as a part of the contemporary interior, vaults were created to hold the precious chocolate, in fact, as soon as you enter in the locale, you are greeted right away by a transparent vault filled with large chocolate ingots placed on sheets of wood just as if it were a vault of real gold ingots; a chocolate kingdom that puts Willy Wonka to shame.

Cioccolati Italiani has been praised by many national Italian newspapers, magazines and blogs thanks to the simple fact that Cioccolati Italiani revalued one of the world's most ancient products, in fact, Ferrieri believes that "chocolate is not only food, it is an experience." An experience indeed enjoyed and acknowledged by countless Italians and tourists all throughout Italy due to its two locations in Milan, one in Naples and one in Gallipoli (Puglia). Ferrieri has yet to bring all that is Naples stateside and conquer the taste buds and hearts of America. Cioccolati Italiani not only brings out the Neapolitan in all of us but teaches us the joy and delight of savoring not only chocolate but also life, the Neapolitan way.

Tweet
More in this category: « Challenges of Doing Business in Italy Treasures of Italy »