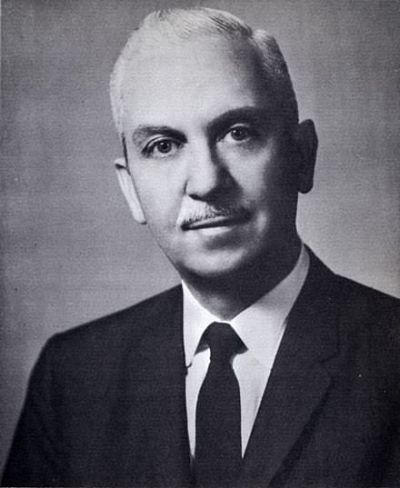 Frank A. Sedita was remarkably elected mayor of Buffalo for three terms. Now, five decades later, Sedita is still remembered by most for his openness, compassion, and perseverance.

After graduating from the University of Buffalo Law School during the Depression, Sedita would have many jobs over the next several decades: deputy sheriff, secretary of the division of water, and city clerk. In 1950, he was elected to city court judge. As judge, Sedita saw the plight of the homeless and the addicts. Unlike many before him, he worked with them, offering community resources and helping them seek employment opportunities.

Sedita resigned from his job on the city court bench on Sept. 6, 1957 to pursue his first of three mayoral bids. He ran for mayor of Buffalo, NY in 1957. He won a tough democratic primary and was elected by a slim margin (a total of 60 votes) in the mayoral general election over the republican nominee, Chester Kowal. It was only after re-canvassing the voting booths that Sedita was officially declared the winner. Sedita’s bid for reelection in 1961 failed. He lost to his previous opponent, Chester Kowal.

In 1962, President John F. Kennedy appointed Sedita as the U.S. customs collector for the port of Buffalo, a political appointment that he eventually vacated in 1965 to run for a second term as the Buffalo mayor. Sedita was elected mayor for the second time, winning the democratic nomination and defeating republican Roland R. Benzow.

At the 1966 democratic state convention, held In Buffalo’s Memorial Auditorium, Sedita was nominated for the office of NYS Attorney General. He was defeated in the general election by Louis J. Lefkowitz. In June 1967, during a memorable Buffalo riot at the Michigan Avenue YMCA, Mayor Sedita faced an angry crowd of young African Americans during an East Side confrontation, managing to quell a potentially explosive demonstration.

His popularity ensued, and Sedita was again reelected for a third, four-year term in 1969. He ran for Erie County Executive in 1971, but was defeated by Edward Regan in the general election.

Because of declining health conditions, Sedita submitted a letter of resignation as mayor to the Buffalo Common Council in 1973, ending his political legacy in Buffalo.

History has assessed Sedita’s leadership fairly for his public policies and laudable work while in office. He was a man ahead of his time with a vision of equality and opportunity for all, a courageous advocate for the oppressed. Sedita tackled the unimaginable and dealt with intense racial inequalities that most Americans and politicians of that time ignored. He gained national notoriety for being the first mayor to endorse Senator Kennedy for president in 1960, a race Kennedy would narrowly win over republican, Richard M. Nixon, the standing vice president.

As a promising youngster on Buffalo’s Lower West Side, Sedita attended and graduated from Hutchinson Central Technical High School, going on to graduate with a bachelor’s degree from Canisius College and a law degree from the University of Buffalo.

Sedita was a first-generation Italian American born to Vincent and Josephine Sedita. He had a total of seven brothers and sisters. The family moved cross-country from New Orleans to Buffalo when he wasvfive-years-old.

At age 10, Sedita was a hustler and an entrepreneur. He hawked newspapers and was a “shoeshine boy” in downtown Buffalo. He would earn fast cash, handing it over to his parents while saving a significant amount for himself, which aided in later tuition costs. He eventually become an attorney in the Buffalo area.

In the summers between high school and college, Sedita would dutifully sojourn with his family to the apple and cherry orchards in Wilson and Lyndonville, NY. Here he canned fruit in factories, a tradition for Italian immigrants, dating back to their days cultivating and harvesting countless rows of vineyards in sunny Italy. Sedita was an ambitious youngster and he learned the true meaning of hard work, discipline, and the importance of earning money for the family at a young age. That same focus, perseverance, and vision would arm him with a valuable skill set for success.

Sedita passed away on May 2, 1975, at the age of 67. He was survived by his widow, Sarah (neè Vicanti), his daughter, Mrs. Samuel Campagna, and his son, Frank Jr. Frank Jr. was the city’s senior corporate counsel and later a city court judge.

Tweet
More in this category: « Coach Dick Vitale: "I Am Living the American Dream" Calcio »