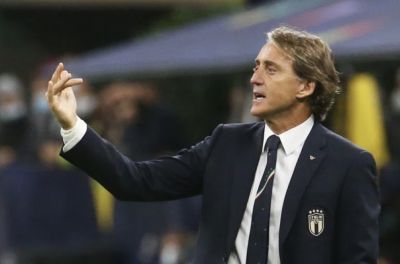 Once again, the Azzurri find themselves on the doorsteps of not making the World Cup. How did our beloved team, who brought us so much joy in July by winning the Euro Cup, find themselves in this situation? How did essentially the same roster, made up of superstars Federico Chiesa, Nicolò Barella, Yashin trophy winner Gianluigi Donnarumma, and coached by the miracle worker Roberto Mancini get into the desperate need to win a single elimination playoff to go to the 2022 World Cup in Qatar this summer? In this article, we examine what happened, what needs to be done, and what chance the Azzurri have at making the World Cup and not having to go through the same heartbreak as in 2018.

Italy looked poised to win their group stage after winning the Euro Cup and recently having acquired the longest unbeaten streak in history for a national team. This was not to be as Switzerland won the group stage. Looking back, Italy should not have let it come to this. They missed two penalty shots in the two games they tied against Switzerland. They also managed to tie Bulgari. In the end, it all came down to needing to beat Northern Ireland by more points than Switzerland would acquire versus Bulgari that same day. Mancini’s team could not even score in a must-win game settling for a 0-0 tie. Northern Ireland could have won that game as they looked to be getting stronger as the game went on. Switzerland, in contrast, beat Bulgaria handily 4-0.

There have been changes this year for how European teams qualify for the World Cup. This year 13 European teams will get in. So far, Serbia, Spain, Switzerland, France, Belgium, Denmark, Croatia, England, Germany, and the Netherlands, have all qualified for winning their group. That leaves three remaining open spots. The second-place teams in each of these groups are put into a playoff with the top two additional teams pulled from the highest-ranked Nations League group winner not yet qualified for the World Cup.

Now Italy will need to win two straight games to qualify. Twelve teams are placed into three separate pods with each pod hosting four teams. There was a draw to determine where teams will be placed. The pods are arranged as a final four with the winner of each pod getting into the World Cup. Each seeded team will host the first match. This means Italy will be the home team for the first match hosting North Macedonia on March 24 in the capital city of Sicily, Palermo. On the other side of the bracket is Portugal hosting Turkey. Meaning either the European champions or Cristiano Ronaldo will not be playing in the 2022 World Cup.

How the mighty have fallen. Now we hope that Mancini and company can relight the spirit of the Euro Cup and get the Azzurri across the finish line and into Qatar. Italians across the world will be on the edge of their seats for these qualifying matches. I believe Italy has a good chance of making it through as this team seems to play well with adversity. The break will be good to reassess the team and formulate a solid game plan going into the next match. Let’s hope it is enough to get the Azzurri into the world’s biggest sporting event. Sempre forza Azzurri.

Tweet
More in this category: « Remembering Frank A. Sedita: Sojourning from Shoeshine Boy to Buffalo Mayor A Look Back: A Magical Outdoor Theatre in Northern Italy »