On the Cover: Barrea Lake 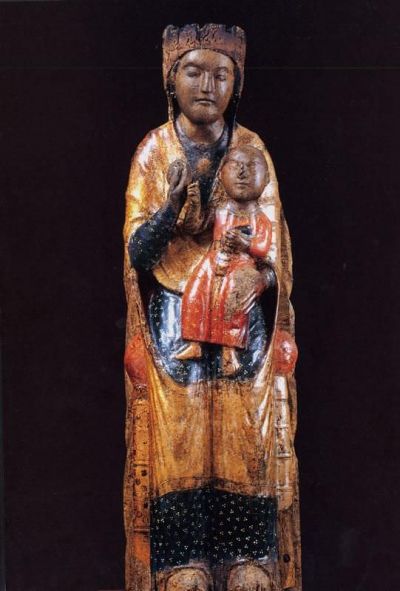 The Parco Nazionale d’Abruzzo (National Park of Abruzzo) was established in 1923 to protect nature and to save certain wild animals from extinction. It is in the heart of the central Apennines between the Abruzzi, Lazio and Molise regions and its over 100,000 acres are home to 25 towns.

The scenery here is characterized by mountain chains, karst phenomena (landscapes underlain by limestone that have been eroded by dissolution producing ridges, towers, fishers, sinkholes, and other characteristic landforms), rivers (including the Sangro River) and streams. It is the ideal place to spend pleasant days in close contact with nature and to admire uncontaminated landscapes, a rich flora and varied fauna. It is here that certain species such as the Marsican brown bear (approximately only 50 of these bears remain in the world), golden eagle, Apennine wolf, deer, otter, and chamois (goat-antelope) have found refuge and their habitat amongst remote valleys and inaccessible mountains.

The towns within the National Park are full of nature’s treasures. Pescasseroli, in Abruzzo, is home to the Museo Naturalistico with an animal park which aids animals born in captivity or injured, treated, and rehabilitated at the center, and the Apennine Garden with many flora species and a beautiful pond. The 12th-century abbey of Santi Pietro e Paolo, which has been restored several times and houses a wooden statue of a Black Madonna is here also. And winter sports enthusiasts enjoy Pescasseroli’s modern ski facilities.

The town of Civitella Alfedena, characterized by typical grey houses and stone buildings, is the area inhabited by the Apennine wolf and lynx. The Museo del Lupo Appenninico (Museum of the Apennine Wolf) is located here and is dedicated to the biology, history, culture, and the legends involving this predator. The Faunal area (a region characterized by a particular kind of animal community) here is home to several animals living in semi-freedom.

Barrea Lake (shown in our cover photo) is close to this quaint little resort town behind the Meta Mountains. It is the largest sheet of water in the protected area and was created by damming the Sangro River. It is a true oasis where rare bird species such as the Grey Wagtail or the Grey Heron can be found. Overlooking the lake is the small medieval village of Barrea, perched up on a spur at over 3,000 ft. and surrounded by some of the park’s most beautiful mountains.

The Museo dell’Orso museum in Villavallelonga is a must-see. It illustrates the life, habits, and faunal area of the Marsican brown bear. There is also an educational pond for children near the museum. It has plants and animals, a vegetable garden, and a botanical garden.

The long, wooded Fondillo Valley is home to the ancient medieval village of Opi. Perched on a rocky spur and dominated by the summits of Mount Marsicano and Mount Petroso, Opi has an abundance of archaeological evidence and is also well-known for the Museo del Camoscio d’Abruzzo chamois museum.

The Parco Nazionale d’Abruzzo is the oldest national park in Italy and is also the richest in biodiversity. This beautiful and extremely important region of Italy, and the world, welcomes visitors year-round to experience its wonder.

View the embedded image gallery online at:
https://www.lagazzettaitaliana.com/people/9819-on-the-cover-barrea-lake#sigProId59004ad1d0
Tweet
More in this category: « Diana Taurasi's Stardom Showcased at 2020 Tokyo Olympics A Look Back: My Trip to Castel di Sangro »