The Music of Italian Women 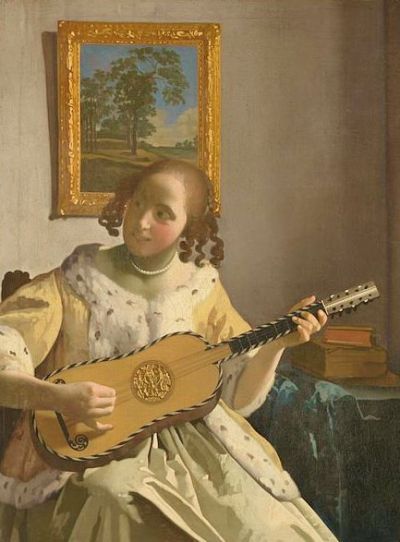 Italy is well-known for its extensive list of composers. Among the most renowned are Paganini, Peri, Puccini, Rossini, Monteverdi, Verdi, and Vivaldi. Added to the list is Ennio Morricone, who recently died; but most lists don’t include Bembo, Caccini and Strozzi.

Antonia Padoani (c. 1640 - c. 1720) was born in Venice. Showing signs of musical skills at an early age, her father, a doctor, provided a tutor as well as an education in languages and literature: both religious and classic. He also arranged her marriage to Lorenzo Bembo, a member of a prominent Venetian family that included Pietro Bembo (1470 - 1547), the leading scholar in developing the Tuscan dialect into the Italian language.

Antonia and Lorenzo married in 1659, but within a year, Lorenzo was asked to leave for the suffering he was causing. The bickering continued, but the couple stayed together, having three children. However, shortly after the birth of his second son, Lorenzo joined with other nobles of the Venetian Republic in the War of Candia, the fifth in its battle against the Ottoman Empire. Financial hardship, along with cruelty, infidelity, negligence, and theft were charges Antonia filed against Lorenzo for a divorce in 1672. He denied all and the divorce was not granted.

Forced to take further action, Antonia escaped to France, sending her daughter to a convent and leaving her sons’ care to their father. Through her music tutor’s connections in Paris, Antonia was introduced to the court of Louis XIV. In 1682, she was granted an official order by the king to receive a pension and housing where she sang and composed collections of late Baroque music, secular and sacred,  many based on her personal experiences, combining Italian and French styles, dedicating and presenting her collections to members of the royal family. In 1707, Antonia composed the opera “L’Ercole amante,” previously set to the music of her former tutor.

Francesca Caccini (1587 - c. 1645) was born into a musical family. Her father, Giulio Caccini, worked with Jacopo Peri to write and perform in one of the first operas, held in celebration for the wedding of Maria de’ Medici and Henri IV of France in 1600. Giulio was a member of Camerata Fiorentina, a group of musicians, writers and scholars who believed the culture of ancient Greece should be the foundation for future artistic endeavors. Their discussions about the development of music brought a new form of the art, Baroque, a blend of melodies and progression of harmonies integrated with a larger orchestra.

Along with schooling on the humanistic views of the Renaissance, the early Baroque period greatly influenced the work of Francesca, providing the basis for a well-rounded musical education that included singing, composing and playing various instruments. She performed in the Medici court for almost 20 years and taught and composed music. In 1607, she wrote the music for “La Stiava,” a staged play written by Michelangelo Buonarroti the Younger, and in 1618, “Il primo libro delle musiche,” her collection of 32 songs composed in various arrangements, was published in dedication to Cardinal Cosimo de' Medici, the son of Grand Duke Ferdinando I and Christine de Lorraine. In 1624, she was commissioned to write the music for the four-scene musical production, “La liberazione di Ruggiero dall'isola d'Alcina,” performed in 1625. It is the first opera written by a woman.

Barbara Strozzi (1619 - 1677) was born in Venice and her childhood was filled with music. Her father, Giulio Strozzi, was a poet and playwright, and credited as one of the first librettist. He was a member of the Accademia degli Incogniti, an association of liberal thinkers, and founded several artistic/intellectual academies.

With her musical talent centered in a lively social atmosphere of artistic creativity, Barbara flourished as a singer and a composer and her father awarded her with many opportunities to become successful, with his academies becoming a stage for Barbara to showcase her talents.

In 1644, Barbara’s first composition, “Il primo libro de’madrigali,” set to a poem by her father and dedicated to the Grand Duchess of Tuscany, Vittoria della Rovere, was published. In 1651, Barbara’s second collection, “Cantate, ariette e duetti,” was published, dedicated to Ferdinand III of Austria and Eleonora Gonzaga. After her father died, Barbara increased her musical productivity, releasing four collections from 1654 to 1659 and her last in 1664, each dedicated to royalty or a noble.

For more about the lives of these and other exceptional women of Italian heritage, visit the website of the Italian Historical Society of America at www.italianhistorical.org.

Tweet
More in this category: « The Bronx Tale of Chazz Palminteri The Life of Enzo Stuarti »