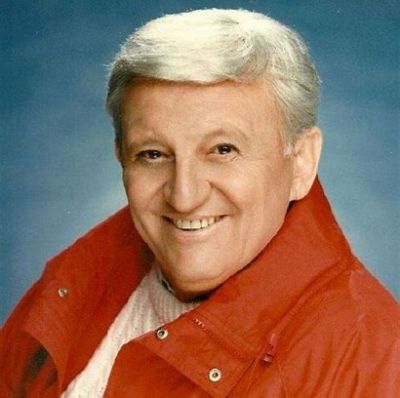 Jimmy Roselli was born on December 26, 1925. He was one of the greatest Italian American crooners but did not get the recognition that he honestly deserved.

Roselli was born and raised in Hoboken, NJ. He was the son of Italian American parents and his grandparents were from the region of Campania. His mother died two days after he was born and his father abandoned him, which is why his grandfather ended up taking care of him. He grew up five doors down from Frank Sinatra on Monroe Street, but was 10 years younger than the Chairman of the Board.

Roselli started singing in front of an audience at a restaurant in Hoboken, when he was only 9-years-old. At age 13, he won a singing competition on the radio.

He joined the U.S. Army in 1944. After fighting for our country in WWII, he returned to Hoboken where he married Angeline Giuffra. During this time, he worked as a construction worker. He also started singing at some popular bars in Jersey City and Hoboken.

Roselli appeared on the Ed Sullivan show in 1965 which gave him more exposure. He had 3 hit songs on the U.S. pop and easy listening charts. His only pop hit was a 1967 remake of "There Must Be a Way," originally recorded by Joni James. He also had success with the song "All the Time" in 1967. The song "Please Believe Me" was his last hit song. It reached number 31 on the easy listening charts in 1968. Roselli's version of the Italian song "Mala Femmina" is featured twice in Martin Scorsese's “Mean Streets.”

Roselli did his best to stay away from mobsters as an entertainer because he felt that they did not promote Italian Americans in positive ways. Although, New York mobster Carmine "the Snake" Persico was a huge fan of his and New York mobster Larry Gallo was buried with one of Jimmy Roselli's albums resting in his arms. Mobsters seemed to really like Roselli, but they could not control him. He refused mob boss Joseph Colombo's offer to sing at an event in 1970. Roselli said Colombo did not want to pay him enough money. After that incident, Roselli was blackballed from singing in clubs and venues owned or controlled by members of La Cosa Nostra. This made things difficult for Roselli, but he still refused to bow down to gangsters.

The talented crooner died of heart failure at his home in Clearwater, FL in 2011.

Tweet
More in this category: « Coach Geno Auriemma: From Montella to UConn A Look Back: The Bridges of Rome and Venice »