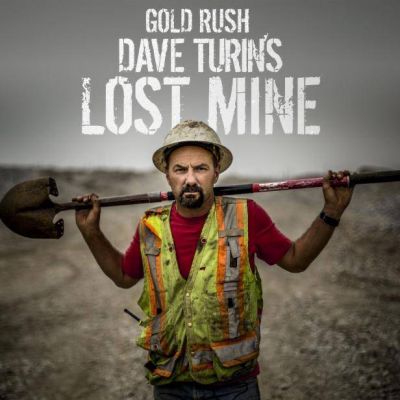 The discovery of gold nuggets in the Sacramento Valley in 1848 created an event that significantly shaped American history. The California Gold Rush brought people from all over the country to the western U.S. in hopes of striking it rich. A total of $2 billion worth of precious metal was extracted from the California territory during the Gold Rush which reached its peak in 1852 and was over by the end of the decade. Individual mining efforts were replaced by businesslike operations and lawless and violent mining camps became permanent settlements. After the Gold Rush ended, many independent minors became wage laborers. But, what happened to the mines left behind?

Many modern day miners have made it their life’s mission to find the gold the old-timers left behind. Old mines have been passed down from generation to generation and many sit idle today. Mining is a vocation and the skilled and knowledgeable miners of yesterday are few and far between today. Today, the average age of a miner is 55-years-old. Some of the expert miners that still exist spend months on-site digging for unclaimed gold. And a fleet of reality TV cameras captures every moment.

Dave Turin spent years working alongside Todd Hoffman and earned the nickname “Dozer Dave” on the Discovery Channel series “Gold Rush” before calling it quits in season 7. Now, Dave’s spectacular return to gold mining finds him on a quest for a lost and abandoned mine to resurrect in hopes of finding gold in “Gold Rush: Dave Turin’s Lost Mine.” Shovel by shovel, pan by pan, Dave prospects each location, finally choosing the mine he feels will yield the highest payout. He then brings his crew on location and the mining begins.

“Gold Rush: Dave Turin’s Lost Mine” isn’t just another entertaining reality show and Dave Turin is not your average reality TV personality. Both are a hybrid of sorts. The show is one of the first of its kind, a fusion between digital and cable. Season 1 of the series was 11 episodes. The first season consisted of seven episodes, 8-10 minutes in length that are available exclusively on Discovery Channel’s online platform, DiscoveryGO. In addition, Discovery Channel aired four full length episodes on television.   “Cable is losing 10-14% viewership each year. The really cool aspect of our show is that it is a bridge between the digital and cable worlds,” Dave said.

Dave Turin is a hybrid in his own right. A down-to-earth, honest and fair businessman who puts family first at all costs. He’s a mentor to his crew and a passionate miner who just so happens to be a reality TV star. So, how did a former rock quarry manager end up with his own TV show? In 2009, Dave was approached by an old friend (Hoffman) to help set up some mining equipment he needed for a new reality TV series he was starring in called “Gold Rush.” “I have to admit, I didn’t believe it at first,” Dave recalls. “But when I showed up with the equipment, there were the TV cameras.” After making some guest appearances throughout season 1 of “Gold Rush,” Dave became a regular on the series. And a fan favorite at that. He reached his breaking point with Hoffman during season 7, left the show and headed back to the family quarry with hopes of starting his own crew one day. That day came a few years later after a call from a television producer left Dave feeling “flattered and excited.” Season 1 of “Gold Rush: Dave Turin’s Lost Mine” premiered on the Discovery Channel in March 2019.

Dave credits much of his work ethic and family-first mindset to his Italian heritage. Dave’s grandparents on his father’s side hail from Pordenone, Italy in the northeast region of Friuli-Venezia.

It was an arranged marriage, as many were in that day. Dave’s grandfather left Italy to work in a rock quarry in Canada. He sent for his wife and the couple, who had relatives in Mt. Angel, OR, moved to America and started a farm there. “He was the hardest working man I’ve ever met,” Dave’s father, Jim, often recalls. Dave adds, “My grandfather brought with him vines from the old country. He made his own wine on his farm. And, my grandmother could cook! Baked chicken with rosemary and her spaghetti with meat sauce was my favorite dish. Our family enjoyed many Sunday meals of Grandma’s cooking and Grandpa’s wine.” Perhaps Dave’s proudest tribute to his Italian culture is his family’s Italian Open golf tournament, 38-years in the running and founded by Jim and his late brother, Lou. When Uncle Lou passed, Jim was adamant about keeping the tournament tradition alive and, today, it is carried on by the next generation of Italian American Turins.

Born and raised in Oregon, Dave’s first job was in his family’s paving business. Like most Italian American fathers, Jim Turin instilled hard work, the importance of family, love, and discipline in his children, Dave being no exception. Jim had paid his own way through college working at a paving company. He taught his sons the ropes. What started as a driveway fix-up project for their mother turned into projects for neighbors and evolved into a full-fledged paving company. At the age of 28, Dave, his father and brothers purchased a rock quarry, Mt. Hood Rock, that is still a successful operation today. Jim’s management style of treating his crews like family certainly rubbed off on Dave. Dave’s mining crew is more of a brotherhood. They start each day with a prayer, work towards a common goal and share the wealth at the end of the mining season. Of course the bickering and frustrations come through at times (what would reality TV be without it), but in the end, the bond holds tight.

With a show titled “Gold Rush” one believes that the tiny sparkly nuggets at the bottom of a pan full of dirt and muddy water are the only thing that matters. While that’s partly true, Dave is very passionate about what that gold will do for his crew and for the surrounding community. “The show has given me a chance to meet some truly wonderful people. People who depend on mining and whose lives surround it,” Dave says. “If mining thrives, the community thrives. My dad taught me that anything your business takes from the community, your business must give back to the community. I practice responsible mining. I take the land and then I give it back. All miners should go the extra mile to give back to the land once we are finished with it. Build a baseball field for the community, plant some trees, whatever it takes. I truly hope I’m instilling responsible mining in my crew and the viewers who watch the show.”

Season 2 of “Gold Rush: Dave Turin’s Lost Mine” premiers February 21 at 9 p.m. on the Discovery Channel. Kick off your boots, pour a glass of your favorite Italian wine and cheer on your paisan as he embarks on another hunt for gold.

Placing Value on a Trade

Mining is a trade. It is a job that requires manual skills and special training. Dave Turin is a huge supporter of learning a trade. “A four-year college education isn’t for everybody. I am proud of my college degree and proud of my kids for obtaining their degrees. It was the right path for us.”

But, Dave knows that there are people who are better served to learn a trade. Whether it be mining, nursing, plumbing, mechanics, etc., Dave believes that high schools should offer proper guidance based on each student’s needs and abilities. “Motivating the younger generation to contribute to the economy is our job. Perhaps higher education is your calling. But, if it’s not, a trade school or community college could best serve you. Becoming skilled in a trade may be the best way you can contribute to the economy and your life.”

Dave works with his local community college to recruit students and meets with other trade supporters. He is passionate about guiding the younger generation into a valuable working life that best fits them.