About the Author: Carlo Levi 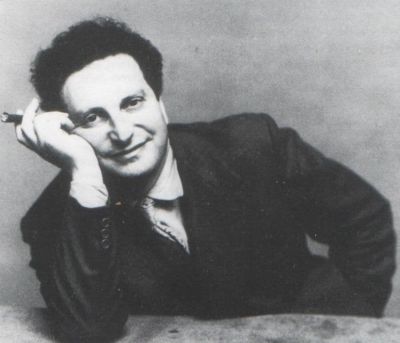 Where do you live? Some place rural where the air is clean and you know your neighbors? Maybe you are an urban dweller, attracted to the excitement and diversity of a big city. Now, imagine all of that taken away. Imagine someone from the government forcibly taking you to an unfamiliar place, far away from the place you live and the people you know. That bakery where you get that pasticciotti you love, forget it. Meeting your friends after work for a drink on the way home, well, that is over too. Now imagine that this change in your life is because you were inconvenient to the government. They didn’t like what you were saying or doing, so they isolated you. This is internal exile.

Italians seem to like internal exile. Dante did it to Cavalcanti. Then the Florentines did it to Dante. In the case of Dante, I guess we should be grateful since they say that the “Divine Comedy” would not have been written were it not for his exile. During the Fascist era, this happened to Carlo Levi. As was the case with Dante, Levi’s exile resulted in an important work of Italian literature, “Christ Stopped at Eboli.”

In 1935, Carlo Levi, an anti-fascist activist, was sent to the towns of Grassano and Aliano in the Basilicata region of Italy for two years. During those years, Levi experienced the difference between Northern and Southern Italy, between the city of Turin and the countryside of Basilicata. Understand that this was more than just a difference in lifestyle. The south was extraordinarily poor, undersupplied of basic goods, malaria-ridden, surviving on the most meager of diets. These were towns lacking in the most basic of infrastructure. The public toilet, deprived of running water, was unused by the population, leaving it for the animals in the area.

Levi came to understand the frustration felt by the people of the south, a frustration that is still felt by some even today. In the very title of the book, Levi captures the sentiments of the people. As he explained; “Christ stopped short of here, at Eboli, which means in effect, that they feel they have been bypassed by Christianity, by morality, by history itself – that they have somehow been excluded from the full human experience.” Eboli, located in the region of Campania near the seacoast, was where a branch of the railroad turned towards Basilicata.

Levi’s work is important. It needs to be required reading for every Italian American. It is important in that it provides insight into life in Southern Italy prior to WWII, Southern Italy from where so many of our families originated. Many of the myths that we have of the life left behind are exploded, gone is the image of happy peasants dancing the tarantella as they crush grapes for wine, devoutly attending mass, feasting at long tables laden with food. The picture Levi paints is a Hobbesian existence in which life is solitary, poor, nasty, brutish, and short. He describes how the people of the south have rejected not only the corrupt priests but the church itself, replacing it with a mixture of Catholicism and Streghia (witchcraft) or as some refer to it La Vecchia Religione (The Old Religion). I was struck by the prevalence of malaria and the incompetence of the local doctors. In all of this, the resignation of the people becomes clear, the acceptance of being abandoned.

It would be simple to disregard the conditions in this book as a result of the fascists’ dislike of the south. After all, Mussolini and his government saw Southern Italians as subhuman, an inherently inferior race. However, the “Southern Problem” has been challenging Italy since unification. Even today, you can see significant differences between Southern and Northern Italy, simply walk the streets of Florence then Palermo to experience the difference.

While “Christ Stopped at Eboli” does not go into the origins of the conditions in Southern Italy, it does give us a clear image of the world that was left behind by those who came here. As the children of those immigrants, we owe it to them to gain a greater understanding of this world. Levi aides us in developing that insight.