Meet the Author: William Giovinazzo of "Italianitá: The Essence of Being Italian and Italian-American" 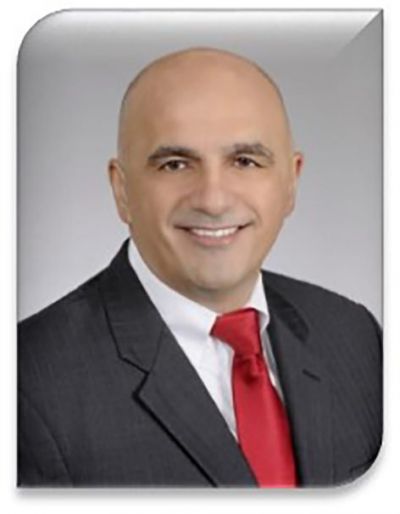 In “Italianitá,” William (Bill) Giovinazzo explores the culture and history of Italians and Italian Americans – from the time when the Greeks colonized Italy to the influx of Italian immigrants in the 19th and 20th centuries to John Travolta strutting his stuff in a New York disco. Giovinazzo describes “Italianitá” or the essence of being Italian, as a complex and multifaceted entity.

To educate his readers on what Italianitá is and why this special quality binds people together, Giovinazzo uses an extremely entertaining, while still insightful, style of writing to draw readers to keep turning the pages. From page one, it is wildly evident that Giovinazzo’s love for his Italian roots runs deep. If you didn’t catch it there, the section titled “For Christ’s Sake, Go!” will easily affirm his love for his Italianitá.

In this book, Giovinazzo chronicles his life as well as the life of other Italians and combines that with a history of the Italian culture all while procuring laughs (and maybe some tears) from his readers. His fun, down-to-earth, knowledgeable, and (perhaps most importantly) relatable writing style assures each reader will feel as though they are talking to a sibling about their life growing up in an Italian family. He covers a multitude of topics; from “The Awakening,” a chapter dedicated to when and how Giovinazzo discovered his true love of his Italianitá as a 16-year-old kid sitting in the front seat of the Drive-In with his parents watching “The Godfather” to “Who’s Mimo?” a comical introduction into the terribleness of the Italian mafia.

Chapter six, is titled “Italian Steel.” “Italian steel is very interesting in that it has both the greatest yield and tensile strength of anything I have ever seen…It does not break.” This chapter is truly about Italian women. Women who fought for freedom in Italy, women who were activists, women who could not be broken. “These women have carried within them the flame of Italianitá, the essence of Italy…” Giovinazzo describes the “Italian Steel” of his own family unit in a hilarious story about his sister, Judy, for whom the book is dedicated, proving how Italian women really are the “protectors of the family.”

Enough about the book. Read it. It’s great. Behind any great book is a great author. And when you have a chance to meet the author and take a sneak peek into their life, you realize why the book is so good – because the author has some sort of spark. Bill Giovinazzo has that spark.

He claims to be “so boring it’s embarrassing,” but I have to disagree. I’ve only had the chance to talk with Bill over emails for the past 6 months or so. And in that time, I’ve found him to be extremely interesting, funny and likeable. Or maybe I’ve been tricked – could it be that he writes so well that even an email claiming to be the most boring person alive has me intrigued?

Bill has been writing stories since he learned how to write. In fact, his first work was a play for he and his friends to perform. He was in the second grade. He wrote his first book when he was 18. Of which he says, “the manuscript is molding away in my garage. My children are forbidden to read it until after I am dead.” See what I mean? Now I HAVE to know what’s in that book. Bill was first published in 1991 writing about computer graphics. Since then, he’s published “Italianitá” and three other books.

An avid cycler, Bill and his son plan to cycle from Syracuse along the south and western Sicilian coast to Palermo this September. He also spends much time amongst his 1,600 books in his home library studying poetry, reading (he just started reading his 1,000th book, “Ulysses” by Joyce) and hanging out with his two Coton de Tulear dogs. If it’s not a book in his hands, it’s a classical guitar. “There is no other instrument where the generation of the music and the musician is as intimate. The guitar can support multiple voices at one time, each with its own texture. To hear it in the hands of a master (which I am not) is truly a thing of beauty.”

Bill also writes a blog, www.italianita.blog, on which he expands on the topics within his book, and he does many speaking engagements on Italian culture and history as well as Dante. In fact, Dante is another passion project for Bill. He’s working on a series of podcasts where he plans to make Dante’s work approachable to the average person. Besides the podcasts, Bill is writing a coming-of-age story about a misfit boy who is befriended by an old Italian man. Don’t let the old cliché deter you. It’s guaranteed to be a good one.

Thankfully, Bill is as “boring” as he is. We now have access to “Italianitá” and more. Order your copy of his book today. And don’t miss his contributed articles in La Gazzetta!