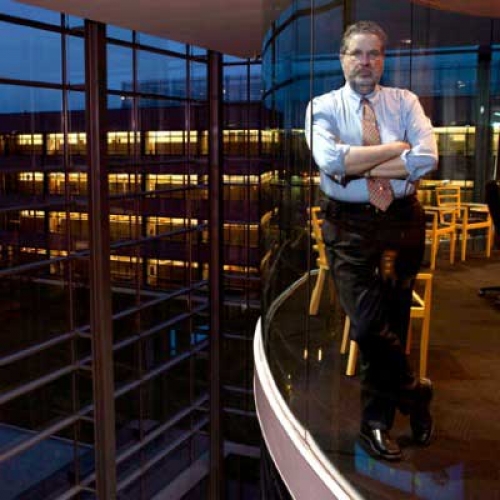 Native New Yorker Emilio Emini, 57, is a leader in vaccine research at the world's largest drug company, Pfizer. Born in a working-class family on Sullivan Street in Manhattan's Greenwich Village, his intrigue with vaccines started at a young age when he was one of the first kids to receive the polio vaccine orally on a sugar cube.

In 1983, after studying at Manhattan College, Emini joined the Merck drug company, where he began his fight against diseases. Together with his staff, he first developed a vaccine for hepatitis B now given to all new born children. Then when AIDS hit, by 1987 he developed two potent HIV drugs and later in 1996, as he was named head of vaccine research at Merck, he developed vaccines against chicken pox, shingles and human papilloma virus.

Following events at Merck, Emini moved on to the Gates Foundation to try and develop an AIDS vaccine. That changeover faded quickly and Emini joined Wyeth to develop a vaccine to battle pneumonia. He was enthused about the potential of taking the Prevnar vaccine among unchartered strains. The vaccine was already a success in winning the battle against pneumonia, meningitis and ear infections in children; however the adult market was still wide open.

Emini and his research experts went to work and developed the vaccine, Prevnar 13, which prevents other strains that target adults. The FDA approved Prevnar 13 for adults and clinical trials are underway in turning on an immune response to the pneumonia germs.

Pfizer's Prevnar 13 product is a treasure trove reaching toward $4 billion in annual sales based on the use of the vaccine in children and projected to reach $6 billion in the next three years. Already recommended for adults by the FDA, if sampling results for Prevnar 13 are confirmed and approved by doctors and providers, sales will be expected to take off. Already in the books, Prevnar 13 is the bestselling vaccine in the history of drug research and Emilio Emini is still praised as one of the world's most preeminent vaccine scientists. (Reference source: Forbes, 2011)