Cast Your Vote - From Italy 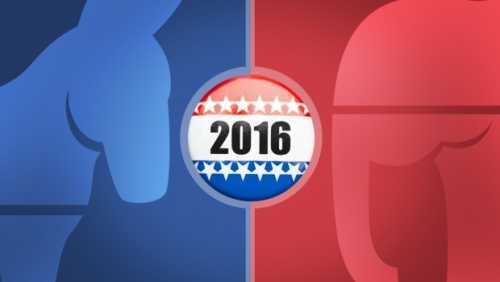 It is safe to say that regardless of where you are in the world, the U.S. presidential race is impossible to ignore. It is also safe to say that all American citizens, whether you live in the country or not, feel that this election is different, perhaps sparking a stronger urge to cast a vote this November. Sources estimate that there are over 8.7 million non-military U.S. citizens living abroad. Less than 7% of eligible overseas voters cast a ballot in the 2008 election, and in 2012, overseas voters were dubbed “a virtual swing state that could decide the victor.”
Democrats Abroad is the official overseas arm of the Democratic Party. Based in Washington, D.C., but with Country Committees all over the world, their goal is to mobilize the overseas vote by making it as easy as possible for Democratic expats to cast a ballot. Allotted 17 delegate votes in the primaries, albeit a tiny fraction of overall delegates needed to win the nomination, the votes are still important given that winning is by a simple majority. Republicans, on the other hand, find it more difficult to participate in the primaries.
Republicans Abroad, the counterpart to Democrats Abroad, was dissolved in 2013 although its individual chapters all over the globe still operate as independent organizations. Individual U.S. states do, however, allow legal residents to vote in their primary elections giving Republicans their desired voices in a primary vote.
The first overseas polls of 2016 opened in New Zealand, long before America’s “Super Tuesday.” The 28 voters who showed up at a pub at midnight were “feeling the Bern” with 21 votes cast for Sanders. With the candidates determined, the controversies surrounding each and given the importance of the overseas vote in 2012, there is no doubt that this general election’s voters living abroad will, again, play an important role. Both the Democrats Abroad party and the overseas Republican chapters will be busily dialing U.S. citizens all over the world. “A large percentage of Americans overseas are dual-national citizens, and although they hold a U.S. passport, they may not have a history or habit of voting,” Alex Montgomery, the regional vice-chair of Asia Pacific for Democrats Abroad, told qz.com. But they should realize that “what happens in the U.S. elections affects you, wherever you are.”
So, how easy is it to vote from abroad? It’s as easy as, well, 1, 2! First, you must register to vote and request your ballot. Both can be done on the same form, the Federal Post Card Application (FPCA). You can find the form at FVAP.gov. Once there, select the U.S. state or territory where you last resided or where your parents did (some states allow you to vote absentee even if you’ve never resided in the U.S.). Complete the form online or by hand and send to your FPCA election office. Second, when your absentee ballot arrives, complete it and send it back to your election office making sure to complete and sign all required places. Two of the top reasons absentee ballots get rejected are missing the deadline (Oct. 15, 2016) and missing signatures, so be diligent in the process. If you need any assistance in completing your ballot, the FPCA offers online tips to keep the entire voting process simple and clear. If you don’t receive your absentee ballot in time to vote before the deadline, don’t worry! Your vote can still count – simply go to FVAP.gov and complete a Federal Write-In Absentee Ballot (FWAB) and mail it before Oct. 15. The FVAP.gov website also gives you the ability to check the status of your ballot. The streamlined process makes it easy for anyone to cast their vote in the upcoming election – even if you are completing your ballot while overlooking rows and rows of hanging bunches of grapes begging to be picked on the hills of Tuscany.