Surprises Abound When Connecting With a DNA Cousin 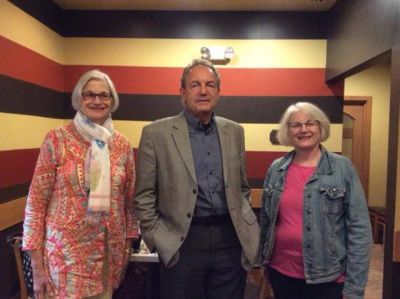 Your long-awaited ancestry DNA results have arrived in the mail and you are anxious to discover your matches. While browsing the “high confidence DNA Cousin” list, you notice an Italian surname that had surfaced in your research. You wonder if this person could be a relative to your tree because DNA doesn’t lie!

You decide to take the risk and contact this person through ancestry email. Your response from this person shows that he is willing to text and later communicate with you on the phone. You start with what amounts to a cold call with a complete stranger. To gain his trust and interest, you share a clue concerning how the DNA match may be possible. However, once on the phone, the conversation sours when your potential relative blurts out, “I have never heard of this person.” You think, how can this be, as my research shows that a female relative with my surname married a male with his surname and they both lived in the same town in Italy. At this point you both agree to let it rest until more evidence is found.

Fast forward a couple of months and you are in Northern Italy on a planned vacation and genealogy trip to visit the two different regions of your Grandfather and Great-Grandfather. Armed with minimal information on the female surname being researched and limited Italian language, you present yourself to the Town Comune clerk and ask to see information on this person. You have information on the births of two brothers and one of them shared the same name as your Great-Uncle and were both stonemasons in Cleveland. In fact they were officers in the Western Reserve Granite Association. However, you have a lot of missing details, including where did she die and when so the Town Comune needs more time. Disappointed, you leave the Town Comune and walk over to the nearby town cemetery to look for other relatives.

While walking through the cemetery, all of a sudden you are drawn as a magnet to a certain area. Looking up you have goosebumps as you gaze at a tall, gray granite tombstone and notice the female surname you have been searching for all this time! You smile to yourself as you read the names etched in stone. The entire family is listed, however, the irony is that the husband and two sons are buried elsewhere in Cleveland. One other son is buried with mom in Italy.

This was more than a Kodak moment! It was the untangling of a family puzzle. Moments later, a picture of the tombstone was texted to the DNA Cousin. The picture was a game-changer as we both admitted that we were related. However, something was still missing. Who was the missing link? Further research showed that my Great-Grandfather and his Great-Grandmother were brother and sister and that his Great-Grandmother returned to Italy due to her youngest son being homesick and thus she was never mentioned.

Fast forward a few months later and through a serendipitous, pre-planned trip to Cleveland, the third cousins were able to meet each other. The skeptic and the believer met for a lovely dinner. Where? Of course, Little Italy in Cleveland!

View the embedded image gallery online at:
https://www.lagazzettaitaliana.com/local-news/9312-surprises-abound-when-connecting-with-a-dna-cousin#sigProId8ad85bc829
Tweet
More in this category: « Maxim’s Food and Pizza Celebrates 70 Years Life Can Change in an Instant »