Michelangelo: Mind of the Master 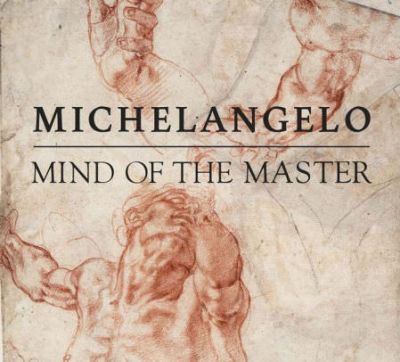 The works of Michelangelo (1475–1564) remain an enduring source of awe and fascination more than 500 years after his death. Authored by Emily Peters, curator of prints and drawings at the Cleveland Museum of Art and Julian Brooks, senior curator of drawings at the J. Paul Getty Museum, Los Angeles, "Michelangelo: Mind of the Master" offers a new context for understanding the drawings of one of art history’s greatest visionaries. Through a group of drawings held, since 1793, in the Teylers Museum, Haarlem, and once in the eminent collection of Queen Christina of Sweden (1626– 1689), this book sheds new light on Michelangelo’s inventive preparations for his most important and groundbreaking commissions in the realms of painting, sculpture and architecture. Among other works, the volume features preliminary designs for some of the artist’s best-known projects, including the Sistine Chapel ceiling and the Medici Chapel tombs, focusing on the role of drawing in Michelangelo’s mastery of the human form. Essays in the volume further explore the history and fate of Michelangelo’s drawings during his life, and the role of Queen Christina and her heirs in amassing a group of drawings that are among the best preserved by the master today.

"Michelangelo: Mind of the Master" is available at the Cleveland Museum of Art’s store for $40 (hardcover).

Tweet
More in this category: « Cleveland Museum of Art Celebrates Michelangelo LGI's calendar - things to do »