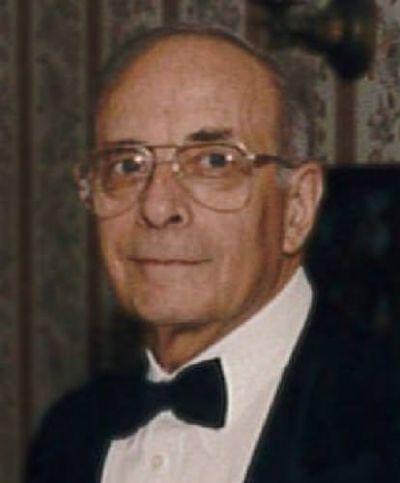 The Italian American community of Cleveland lost a leader, an intellectual, a gentleman, and a friend this past October 2018. Alfonso D’Emilia was 90-years-old when he passed away after a short illness. He was the beloved husband for 63 years of Mary Jane Volzer whom he met on a blind date to see the New York Opera Co. perform in Cleveland. Together they had 7 daughters: Mary, Florence, Patricia, Catherine, Ruth, Joni, and Jacki.

Alfonso was born in Colle Sanita, Benevento, Italy. Even though born in Italy, Alfonso was an American citizen because his father had immigrated to the U.S. in 1915 and naturalized. Alfonso immigrated to the U.S. in 1948 at the age of 20. He initially came to Cleveland to join his father, but soon left for New York to take a position as translator for IlProgresso Italo-Americano.

Alfonso came back to Cleveland a few years later to become an editor for the newspaper L’Araldo. Several years after that, he became a member of the staff of The Plain Dealer and had a successful and distinguished 44-year career with the paper as a book reviewer and national representative. Besides his work with the newspapers, Alfonso was a community leader very active with other endeavors.

As a historian and gifted author, Alfonso presented and lectured to local, national and international audiences. In 1968, he gave a series of lectures on Italian cultural heritage at Cuyahoga Community College and John Carroll University. In 1975, Alfonso participated at the International Congress for Studies on Christopher Columbus at the University of Genoa, Italy. His work and reputation earned him a seat on the National Executive Committee of the American Italian Historical Association.

Service on several boards and committees showed Alfonso’s strength as a leader and advisor. As a past president of the Cleveland Cultural Gardens Federation, he led the ethnic community of Cleveland in caring for one of its most important cultural assets. He served on the board of the International Services Center, the Cultural Heritage Advisory Committee of Cuyahoga Community College and on both the Cleveland and Ohio Bicentennial Advisory Committees. Alfonso was a dedicated member of Il Cenacolo Italiano di Cleveland since the 1960s, serving in many leadership roles and frequently as a lecturer.
Recognitions for Alfonso’s outstanding contributions and character include: being bestowed Cavaliere della Repubblica d’Italia (Knight of the Republic of Italy) in 1971, a proclamation by Mayor Michael White declaring March 3, 1995 as Alfonso D’Emilia Day in Cleveland, recognitions in 2006 by Senator George Voinovich, the American Nationalities Movement, and Ohio State Senator Bill Harris, and honored in 2011 as a distinguished member of the Cleveland Community by John Carrol University’s Bishop Pilla Program in Italian American Studies.

Alfonso D’Emilia was the soul of Il Cenacolo. He was loved and admired by all the members of the club. He was genuine, humble, thoughtful and generous, but underneath these loving qualities belied strength of character and a passion for knowledge in general and, in particular, for the Italian cultural heritage. His image will be forever engraved in our mind - he will always be our friend and inspiration. - Elda Borroni, Past President, Il Cenacolo Italiano di Cleveland

A main pillar of Il Cenacolo Italiano di Cleveland since 1965, Mr. Alfonso D’Emilia will be fondly remembered as an exceptional leader, an erudite scholar and a true gentleman. He was a highly respected and a dearly admired friend — always courteous, always positive, always encouraging, and always with kind words to say of others. - Beatrice Colage, Member, Il Cenacolo Italiano di Cleveland

Alphonso D'Emilia always had that proverbial twinkle in his eye and the ability to discuss a wide range of topics with great knowledge. Informed and erudite he was an incredible conversation partner. My memories of him are many, but the best recall the times that he, the late Bill Miller of the Cleveland Plain Dealer and I shared lunch, wine and stimulating discussions of history and current affairs at Primo Vino. - Dr. John Grabowski, Krieger-Mueller Associate Professor of Applied History, CWRU and Historian/Sr. VP. of Research and Publications, WRHS

Alfonso was an amazing man; I met him 30 years ago or more when I first got involved with the Cenacolo and Mrs. Zannoni was the President. He enjoyed history, among so many other things; I remember very well one of my first talks for the Cenacolo membership on the history of Italian Medicine and its contribution to the progress in the medical fields, which he hosted at his home on the east side. I always admired his kind, gentle and always elegant demeanor; Alfonso was truly a "gentleman" throughout! He will always be remembered and deeply missed. - Dr. Marcello Mellino, Past President, Il Cenacolo Italiano di Cleveland

Alfonso was a true gentleman – a gentle man who treated people so beautifully. You couldn't help but like him. He had the uncanny knack of making you feel so very special each and every time he saw you. I feel so fortunate to have known and loved him. - Thea Rus, Member, Il Cenacolo Italiano di Cleveland

Alfonso D’Emilia was among the very first people I met in the Italian American Community of Cleveland when I started in the position of Curator for Italian American History at the Western Reserve Historical Society 13 years ago. My colleague, Dr. John Grabowski, had known Alfonso for many years and arranged for us to meet at lunch at Primo Vino in Little Italy along with Gino Colage.

What immediately struck me about Alfonso upon meeting him was his kindness, intelligence and general zest for life. He was so excited to learn that WRHS was beginning a program to preserve the history of Italians in Cleveland, and so very welcoming and encouraging to me in that role, as was his way. He immediately extended an invitation for me to attend the next meeting of Il Cenacolo Italiano di Cleveland at his home in Cleveland Heights.

I attended the meeting of Il Cenacolo at Alfonso’s home and met his lovely wife, Mary Jane. I also got my first introduction to the organization and its wonderful members. As I was leaving Alfonso’s home, I thanked him for the hospitality. He wished me goodbye with the Italian phrase, “Tante belle cose.” I had never heard it before and my comprehension of Italian was not great, so I looked a bit puzzled. Alfonso took my hand and said, “Pamela, dear, it means ‘I wish you many beautiful things.’” What a lovely sentiment, I thought. I have used it myself many times since and I always think of Alfonso when I do.

Although Alfonso had retired when I met him, I was lucky enough to hear him speak about several topics at meetings of Il Cenacolo. While my memory of the exact topics he spoke about is fuzzy, I do clearly remember the enthusiasm with which he lectured. The depth and breadth of his knowledge also came through during those talks, which were very thorough and presented without gaps in evidence or reasoning.

Running into Alfonso at various meetings and events, and sometimes at Presti’s, was always a treat. Alfonso was always happy to see me and greeted me with a hug and smile. He remembered projects I was working on and my family and would inquire about them with genuine interest. Alfonso was one of the most truly genuine people I have met in my life.

The last time I ran into Alfonso, I was leaving Holy Rosary Church and he was walking in. Neither of us was there for mass or any other special occasion. I was giving some folks a tour of the Little Italy neighborhood and they had asked to pause at the church. Alfonso was coming in to spend some quite time in reflection. He greeted me as he always did, with a hug and smile. We briefly chatted, not realizing that this would be our last encounter and parted ways with him taking my hand and saying “Tante belle cose.”

I will always remember Alfonso and the important contributions he made to the city of Cleveland, to the Italian American community and to me personally and professionally. Tante belle cose, Alfonso, as you walk with the angels in heaven.