Early Italian Leaders in Youngstown: A Series in Four Parts 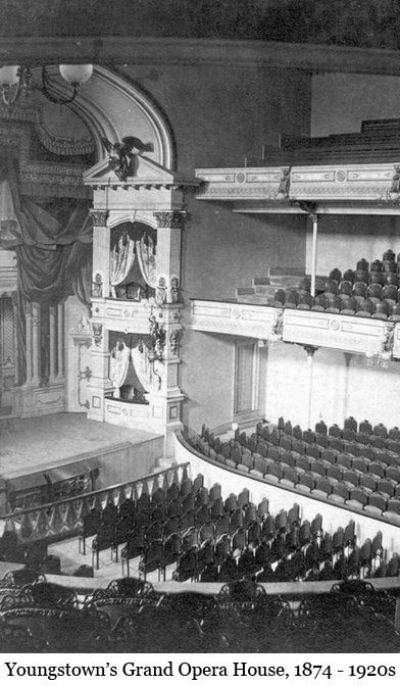 The modern nation of Italy was only 12-years-old when the first Italian immigrants arrived in the Mahoning Valley. These pioneers made landfall at Castle Garden, NYC, and by spring of 1873, found themselves working Trumbull County’s coal mines as strikebreakers. Soon they were settling in Youngstown and nearby areas filling jobs in manual labor. Later, others would enter the professions. Their social clubs were often organized along city or town lines. Even some Old-World rivalries between regions were transported here. Among themselves and to the outside world, they were a collection of newly landed rural people, identified by town and regional dialects, but not so much by nationality and proficiency in the Italian language.

In his classic study of Italian immigration, “From Paesani to White Ethnics,” Stefano Luconi points to this disunity among Italians as an early obstacle to fighting discrimination and to advancing their own interests. On November 24, 1915, the Youngstown Daily Vindicator ran this classified ad:

Furthermore, as long as Italians were divided, they would never gain the political power that Irish and Welsh immigrants had attained. Fortunately, leading figures came forward from the Italian community. Prominenti in Italian, they identified themselves as loyal to their new country, yet they drew on the fact that Italy, their birthplace, was an incomparable source of high culture: music, art, literature, and architecture. Though immigrants may have been digging ditches on Federal Street, their native Italy was once the seat of the Roman Empire and it continued to dominate the arts. Significantly, nearly every city of the era boasted an opera house.

In the Youngstown area, four pioneers who had arrived as strikebreakers in 1873, rose to become influential early prominenti in the Mahoning Valley. By the year 1900, Marco Antonelli, Stefano (Steve) Colucci, Salvatore Gentili (John Gentile), and Alfonso Saulino (Sauline) had attained wealth and wide recognition for leadership within and beyond the Italian community. The four defined what it meant to be an immigrant from the nation of Italy— to Italians and non-Italians alike.

Joseph G. Butler, Jr., in his exhaustive 800-page “The History of Youngstown and the Mahoning Valley,” records that Stefano Colucci arrived in our area in the big coal strike of 1873. He had been born in the region of Avellino, close to Naples, to a family of cheese makers. For 16 years, he worked in the Trumbull County mines. He then found employment as a foreman with Dan Monahan. From there, he set up shop as an independent contractor specializing in building infrastructure in the Mahoning Valley. Colucci is credited for laying important streetcar lines that connected western Pennsylvania with Youngstown. His company, Steve Colucci & Sons, also paved many of Youngstown area streets and laid sewer lines. The firm is credited with helping build the trolley line that opened development to real estate that would soon become Idora Park. In a well-publicized test of  Colucci’s new rail line to Sharon, the ride ran so smoothly that a glass placed on one of the cars didn’t lose a teaspoon of  water from start to finish. In 1902, after the conclusion of the Spanish American War, Colucci’s company helped construct electrified streetcar lines in U.S.-occupied Cuba.

Colucci earned the respect of his fellow Youngstowners for his ability to quickly master English and he served the immigrant community as an interpreter in court. He married Francesca Agnone before immigrating, with the couple reuniting here just a year after Colucci’s arrival in Trumbull County. They were influential both within the immigrant community and in Youngstown society. In 1911, the Colucci family and other prominent Italians assisted Father Vito Franco in founding the new parish of Our Lady of Mount Carmel, Youngstown. Stefano and Francesca vigorously supported the new congregation and its work among Youngstown’s growing Roman Catholic immigrant population.

Stefano Colucci is credited with being the first Italian to cast a vote in an American election. Butler remembered him with these words, “By hard and constant work he [Colucci] has amassed not only money, but a reputation for ability and square dealing and is a man of fine intelligence and is robustly American in all his ideas.”

Tweet
More in this category: « The Oblate Sisters of Villa Maria: from Italy to the Youngstown Area The Father of Youngstown Italians: Alfonso Saulino, 1849-1931 »