Saving History - Looking Back at Opera in Cleveland 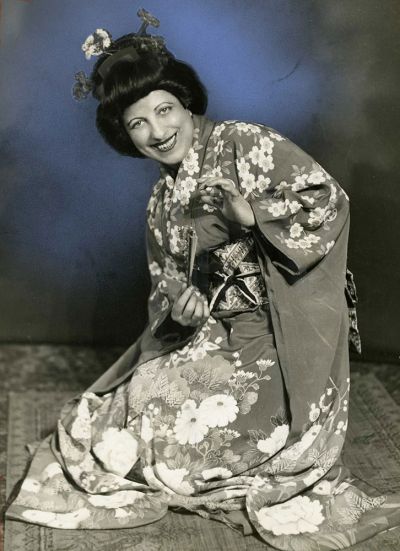 Opera has a significant presence in the city of Cleveland. There are a number of local opera companies that offer performances year-round such as The Cleveland Opera Company (formerly known as Opera Per Tutti), The Cleveland Opera and the recently formed ContempOpera. The annual, free Opera in the Italian Cultural Garden attracts thousands of people each summer. But gaining this foothold in the performing arts scene in Cleveland took some time to develop.

The first operatic performance in Cleveland occurred in May 1849 when a traveling company performed selections from Vincenzo Bellini’s “La Sonnambula.” Throughout the 19th century, Clevelanders relied on traveling companies to bring opera to them. These companies regularly performed at the Academy of Music located near W. 6th Street and St. Clair Ave. and the Euclid Avenue Opera House, which opened in 1875.

As Italy is the birthplace of this dramatic musical art form, opera was especially important in the Italian community. The Hiram House, which was the social settlement in Cleveland’s Big Italy neighborhood centered on Woodland and Orange Avenues, regularly had small opera performances and invited travelling opera singers to visit the settlement. The Italian Theater was another neighborhood venue which hosted scaled down operatic performances.

In the 1930s, Carmella Cafarelli emerged as a significant leader in the professional opera scene locally, nationally and internationally. Cafarelli was born in Cleveland in 1889. Her father, Rocco G. Cafarelli, was a harpist who immigrated to Cleveland from Italy in the late 1880s. Cafarelli studied harp with her father and played the instrument for visiting opera companies. She eventually became the first harpist for the Cleveland Orchestra. Upon the recommendation of Arturo Toscanini, Cafarelli went to Italy to study voice at the Conservatorie Santa Lucia and the Reale Accademia Filarmonica Romana. She made her singing debut in Florence in 1923.

After performing in Italy for several years and dealing with a legal battle over her U.S. citizenship, Cafarelli returned to Cleveland. She formed the Cafarelli Opera Company, whose debut performance was Madame Butterfly at the Masonic Auditorium in 1934. Cafarelli and her company continued to present an annual performance at the Masonic through the 1950s. In fact, the Cafarelli Opera Company was the only local company to perform on a regular basis during those decades.

Cafarelli retired from singing in 1945, but she continued to give voice lessons at her home in Cleveland Heights and lead the opera company. She also became a respected philanthropist and promoter of the arts in Cleveland. Cafarelli passed away in Cleveland in 1979.

For more information on Carmella Cafarelli and the history of opera in Cleveland, visit the Encyclopedia of Cleveland History at www.case.edu/ech.