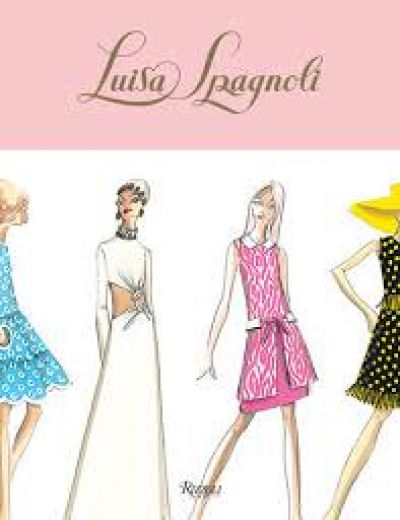 Luisa Spagnoli left her mark in the fashion world, but little do people know that she was the woman who invented the “Baci Perugina,” the famous little chocolate with the whole hazelnut surrounded by gianduia and wrapped in a short love poem.

A favorite for Valentine’s Day, the “Bacio” or Kiss, is today one of the best-known Italian chocolates, eaten at any time of year all over the world. A woman, ahead of her time, Luisa Spagnoli’s struggles, and successes inspired and impacted women the world over, while at home helped Italy’s economy during and post WWI.

Born in Perugia in 1877, this entrepreneur, businesswoman, wife, mother, and activist for working women, made her mark early, opening her first confectionery shop in downtown Perugia at the age of 18, carving out her place in a business world traditionally restricted to men.

After marrying Annibale Spagnoli and birthing a son, Mario, they acquired Corelli Confectionery, a sweets shop in the center of Perugia.

Leandro Corelli, the former owner, tutored Luisa in the art of chocolate-making, "Non sono caramelli, sono confetti, dai latino conficere,” urging her to keep in mind as she was experimenting that her job was to “compose, put together, make pleasant (the definition of conficere) and to create confetti, a confection and not just make caramelli, simple candy.

And that is exactly what she did, giving birth to new and creative ideas, from innovative ingredients to the size and shape of her chocolates.

Luisa’s first product was the hard candy-covered almond, still the typical Italian wedding favor (bonboniere), and now eaten for any reason. Instead of chocolate with the usual ginger and spices, Luisa came up with the first Perugina chocolates, sweetened with sugar.

There had always been aggressive competition from the confetti businesses in northern Italy but any attempt to buy Luisa out when she was close to bankruptcy was met with more determination and resolve on her part. When businessman Leone Cravero tried to organize a cartel to destroy Perugina chocolates, Luisa came up with yet another successful innovation, the chocolate covered banana, and its success foiled his efforts.

With the financial help of Francesco Buitoni, the owner of a pasta company and Confetteria Spagnoli’s then biggest customer, Luisa opened a small confectionery company in 1910 with 15 employees. Five years later, as one of the Allies, Italy declared war on Austria-Hungary. When many women were left home alone with their children as their husbands went off to fight, and even though women were excluded from working outside the home, Luisa hired women, telling them, “Our men are on the front-line and we have to prove we are just as strong.” Showing her progressive forward-thinking, she provided childcare for the women’s youngsters and nurseries for their infants in the factories.

Francesco Buitoni had given his son, Giovanni, 14 years Luisa’s junior, the task of building Luisa’s company’s accounts. Age and other differences notwithstanding, and although at odds with each other at the beginning, they fell in love…as if beyond their control…as if destiny.

A destiny that led directly to the Bacio Perugina, the famous chocolate kiss, created as a symbol of love. Luisa had called her new creation “Punches,” but Giovanni, recently returned from the war, was not too fond of the name and asked Luisa for a “kiss” instead of a “punch.” Thus, a chocolate legend was named. And it was Giovanni’s habit of leaving little love notes of his affection around the factory for Luisa to find, that inspired her to wrap each “Bacio” in a love note.

When Luisa was given some Angora rabbits from Turkey as a gift, she realized that the rabbit’s hair could be spun into yarn and made into small gifts such as gloves or socks and placed inside a large chocolate Easter egg for a more personal touch. Thus, L’Angora Spagnoli was created and Luisa’s entrance into the fashion world began.

Luisa and Giovanni worked well together creatively, spawning ideas that turned a small family company into a chocolate empire and expanded from the production of simple angora garments to a company that is still a major presence in international fashion markets today.

Luisa’s success, however, came with a high price. In 1928, while overseeing the building of a “Fashion House” with lodging and even a pool for the workers, she developed throat cancer which led to her premature death at 58 in 1935. The leadership of the company passed on to her son Mario, and in turn, to his son, Lino. Her fashion house is now run by Lino’s daughter, Nicoletta Spagnoli, who has not forgotten her great-grandmother’s traditional positive values.

Luisa Spagnoli, a self-made woman and pioneer in several fields, began her epic journey in an era of old-fashioned, male-defined values that tied a woman’s respectability to her “usefulness” as a wife and mother and ended with her being a role model and trendsetter, that foresaw and instituted progressive change that is still influencing the world’s business culture.

The renewed interest in the story of the Spagnoli and Buitoni families in Perugia is due in part to a miniseries, “Luisa Spagnoli,” directed by Lodovico Garsparini and produced by RAI Fiction, that premiered in February 2016 and is presently showing on MHz streaming service. “Baci” a tutti!

View the embedded image gallery online at:
https://www.lagazzettaitaliana.com/history-culture/9983-luisa-spagnoli-a-love-story-con-un-bacio#sigProId61ecbbd0d6
Tweet
More in this category: « Sharing Italy with Family On Writing a Book About Italy »