Does Bambi Call His Dad on Father’s Day 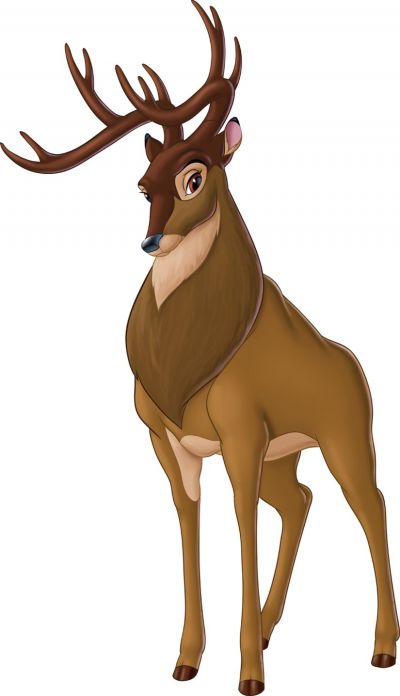 With Father’s Day approaching, I am reminded of how things were in the old days, back when I was a boy. In those prehistoric times, there were a limited number of phone lines, especially those that ran from coast to coast. On Mother’s Day, the lines would be overwhelmed with callers. Frequently you would get an automated message; all circuits are busy. So, good luck in trying to call mom in New York from LA. But on Father’s Day, no problem.

I have come to learn, from at times, painful experience, that fathers come second in the hearts of their children. I guess it just comes with the job. Think of the famous dads of history. The one for whom I have the most empathy is Joseph. Mary is all over the place. You see her statues in every Catholic Church and the front yards of many Italian-American families. Dante even puts her on a throne in heaven. People do not talk about Joseph all that much, except for Sicilians on his feast day. But that is another story. The poor guy had to compete with a woman who was the Christian icon of motherhood. She is called The Mother of God. How do you compete with that?

The other father that comes to mind, albeit a fictional one, is Bambi’s dad. In the book by Felix Saltan and translated by Jack Zipes (a book I strongly encourage you to read), there is a scene where Bambi, who cannot find his mother, is wandering the forest crying for her. When his father sees this, he scolds Bambi, telling him not to cry, warning him that there will come a day when he will have to live in the forest alone. When I read that, I heard the echo of thousands upon thousands of fathers saying to their sons, “walk it off.” How many of us have heard from our fathers, “if you don’t stop crying, I will give you something to cry about?” Of course, that was in the bad old days when dads were not warm and cuddly.

In our house, we had a traditional family dynamic. Mom was loving and nurturing with never a word of criticism. Dad was a different story. You had to step up, do your job, and make an effort. My son, who was a member of a local swim team, had a miserable first day during a three-day competition. My wife poured on the praise as we walked to the car, telling him how wonderful he swam. Eventually, he turned to me to ask my opinion. “You swam terribly. You know that without me telling you. The good news is today is done. You can’t do anything about the past, but tomorrow come back and turn it around.” Surprisingly, he was comforted by what I said. The next day he broke all his personal records.

We raised our kids during a transitional period. More and more parents were becoming their kid’s best friend. I knew quite a few dads who would go off-roading with their sons, watch the game, or just hang out. I envied them. With my son, there was not that buddy-buddy relationship. I am his dad, and he is my son. Then as my son grew to be a man, that envy I had of other fathers faded.

While finishing up his master’s in molecular biology, my son visited us. On the first day home, he went to work out at the gym. He was gone less than an hour when I got a call. “Hey Dad, Thanks. I just wanted to say that. I’ll explain when I get home.” While at the gym, he ran into some of his friends who had the cool dad, the buddy dad. They were working minimum wage jobs with no real direction in life.

So, there are the buddy dads, and then there are the old school guys like me. We may not be our kid’s best friend, which is okay. After all, what 26-year-old wants to hang around with an old man. We may not get a throne in heaven. Thrones do not look very comfortable anyway. Yet, after that call I got from my son that day, I wonder about something. Do you think Bambi calls his dad on Father’s Day?

Tweet
More in this category: « Italian American Leaders Meet with Pope Francis and Government Officials to Reaffirm Our Community's Religious and Cultural Ties to Italy NIAF Welcomes Its New Board Members »