The Waldensians of Italy 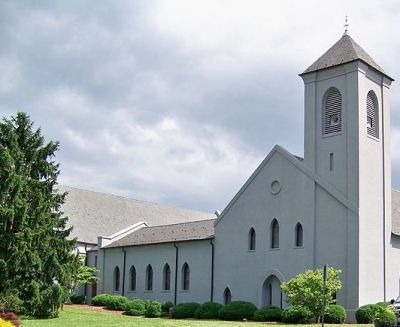 During the Middle Ages, the Waldensians – a religious sect that broke away from the Catholic Church before the Reformation – found their refuge in the mountains that form the border between Italy and France.

First established in Lyon, France in the early 12th century, the name and philosophy of the Waldensians are said to have derived from Peter Waldo (or Valdo, Valdus and Waldesius, among others). However, the similarities in the views of Claudius of Turin (Catholic Bishop, 817-827) are sometimes cited as the initial beginnings of the movement.

It is noted that Waldo relinquished all his possessions, some compare him to Saint Francis of Assisi, so he could preach the Bible without any encumbrances. His newfound simple lifestyle provided him the freedom to preach the simple message of the Bible: to obey God. With scriptures he had translated into the language of the villagers, he steadily gained followers.

Although the Waldensians were not interested in founding a new religious doctrine, the Catholic Church did not approve of preaching by lay persons. Claiming their public sermons as heresy, the Waldensians were excommunicated by the pope. Risking persecution, the movement continued to grow; seeking safety, they fled to the Cottian Alps, a mountain range that fringes the regions of Piemonte and Lombardia.

For several centuries, the movement spread with Waldensian preachers, known as “Barbes,” traveling at night to avoid being captured. In “Preachers by Night: The Waldensian Barbes (15th to 16th Centuries)” by Gabriel Audisio (Published in 2006) the Barbes are described as “pious men who were trained and educated in the trades including doctor, surgeon, and barber…the Barbes were particularly attentive to the sick, the infirm and the injured, and they developed skills that would enable them to bring solace.”

The religious beliefs of the Waldensians traveled throughout Europe with the Barbes. From Audisio, “The Barbes lived a life of mission to the wider communities in which they lived and traveled. Wherever they went they gathered their congregations, preached to them, cared for the sick, and generally helped the community in any way they could. In return, the Waldensian community financed and protected them…The Barbes brought unity to the diaspora, however far flung it became.”

In the early 16th century, the Waldensians joined the Reformation in a split from the Roman Catholic Church. Their protests against the power of popes and discrepancies in the Church’s teachings and practices were the beginning of what would become the Protestant religion. Support for religious reform had been rising for years, and around the same time, under Henry VIII, the Church of England had separated from the Catholic Church in Rome.

Although the Protestant Italians lived in relative peace in the hills of Piemonte, in 1655, a proclamation sanctioned by the Catholic Church called for Waldensians to move to a designated area or return to the faith of a Roman Catholic. Their refusal led to the Piedmontese Easter Massacre where, some sources note, thousands of Waldensians were tortured and murdered by troops under the order of the Duke of Savoy.

Protestants throughout Europe, and especially from Great Britain, came to the Waldensians aid, and the Duke of Savoy was under pressure to relent; but as rulers and decrees changed, so did the fate of the Waldensians. In the mid-1800s, King Charles Albert of Sardinia, ruler of Savoy, granted the Waldensians all civil freedoms in the Edict of Emancipation.

In 1893, a group of 29 Waldensians left their village in the Cottian Alps and traveled to America, settling on the outskirts of the Blue Ridge Mountains in North Carolina. Located about 50 miles northwest of Charlotte, the immigrants named the town Valdese and began construction of a church and a community for hundreds of Waldensians that would follow.

Today, the Waldensian Heritage Museum exhibits the lives of the settlers though displays of photographs and artifacts donated by the townspeople, including items passed down by some of the first settlers. The Romanesque-style church is listed on the National Register of Historic Places and is still very active in the community. Now in its 53rd year, every summer the Old Colony Players perform “From This Day Forward,” an outdoor drama that tells the story of the Waldenses. A Waldensian Festival is held each August with a special showing of “From This Day Forward.”

Numerous public art tributes to the Waldensians are located throughout Valdese and the Trail of Faith exhibit offers a guided (or self-guided tour) through outside buildings, monuments and structures that depict the journey of the Waldensians from the Alps of Italy to North Carolina.

For more about the Waldensian Heritage Museum visit