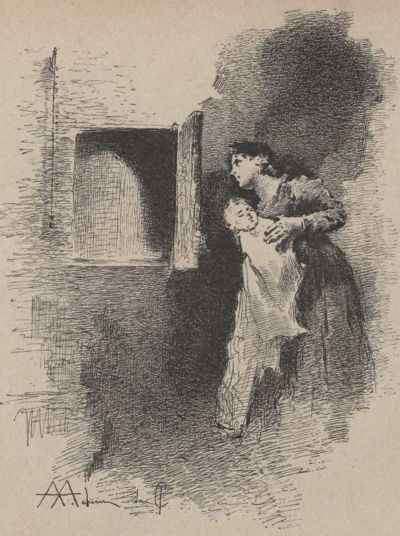 It almost goes without saying that surviving to adulthood presented serious challenges in the days of our Italian ancestors. When I researched my family tree, I could not help but pause when the documents revealed that my paternal great-grandfather was widowed twice. I have known all my life that my maternal grandmother had died in childbirth. Whether mothers died giving birth — very common— or both parents succumbed to the cholera plague that ravaged Italy in the 1840s, children in premodern Italy faced a hard life. Additionally, they began work as soon as possible. It was a strategy for family survival.

In Sicily, very young children worked in the dangerous sulfur mines. In northern Italy’s textile factories little fingers slaved in shifts of up to 18 hours daily. In the poorest regions, especially Calabria and Basilicata, the 1860s saw desperately poor Italians lease their children to padrones (bosses) who trained them to play instruments to beg on the streets. Excluding offspring from people with money and stature, all children worked.

Then there is the fate of newborns abandoned right after birth, another type of hardship not often considered. From the mid-16th century until quite recently, the fate of Italian children was defined by their parents’ marriage or lack thereof. Illegitimacy became an issue for the general public following the decrees of the Roman Catholic Council of Trent when, in 1563, it reformulated matrimony. Previously, marriage for commoners was more a matter of permanent cohabitation that sanctioned the couple as legally wed. Merely exchanging “I do’s” created validity. Neither did the decisive moment need to occur in a church or require a priest to make it binding. People married each other. But from Trent onward, marriage required a religious rite officiated by an ordained minister and attested by two witnesses. In effect, common law marriages ceased to exist as lawful.

To enforce the decrees of the Council, a registry of valid marriages came into existence. Consequently, a sharp line arose between those married in the church by a priest and those in other cohabiting arrangements. From 1563, a child produced outside the bonds of a Catholic marriage was considered illegitimate. Its unwed mother suffered dishonor. The church decrees had the effect of adding two new and distinct childhoods to the traditional categories of “common” and “noble.” Now a child was “illegitimate” or “legitimate.”

The increase in out-of-wedlock births created the need for the ospizio, or foundling home that was often a convent. Think of the institution as an orphanage with hired wet nurses. Into an opening on the exterior of the building an infant was placed on the ruota, a wheel mechanism that anonymously turned to deliver the newborn inside, a kind of lazy Susan. The ospizio became the main depository for unwanted infants. It was created for the purpose of concealing the illegitimate status of the infant and affording the mother a cloak of secrecy to escape public dishonor.

The abandonment of a child on the ruota could have serious consequences for its welfare. One study on the condition of out-of-wedlock births in Italy revealed that tens of thousands of infants were brought up in the foundling home system. Just a century ago, 33,000 newborns were abandoned yearly at ospizi. In Milan and Florence, over a third of infants fell into the figli illegittimi category. By mid-19th century, 1,200 foundling homes existed. In several Italian cities infant mortality rates in these homes reached over 50 percent. In Naples, 80 percent. Often these orphanages became a virtual death house for the very young and parentless.

The ospizi discharged their male children at a tender age. In parts of Sicily, operators took advantage of these suddenly homeless innocents by enrolling them to work the island’s sulfur mines. The little carusi spent 10 or more hours a day underground. While mines in the U.S. employed youngsters in the coal industry of the 19th century, it is difficult to imagine a class of child laborers, as young as seven, more physically exploited and permanently maimed on account of their poisonous working conditions than the Sicilian juvenile miners. For female children raised in the foundling home, many remained until a suitable husband could be found, or until they took religious vows.

The ruota and its orphanage have left an indelible mark on many Italian surnames. Esposito, meaning “foundling,” was a common surname assigned to a child abandoned on the wheel. Others included Bambino, Infante, Innocente, Trovato, or a name associated with the month or feast day when the child was deposited at the ospizio. The website “familysearch.org” lists over 100 surnames assigned to Italian foundlings. Importantly, the mere act of a father recognizing an orphan as his own, awarded the child his surname.

As I look back on my own family history project and similar work of friends, I have come to realize that the issue of illegitimacy is not as foreign to our lineages as it first seemed. We are all carrying the DNA of illegitimates. At some point in the past, distant or near, these out-of-wedlock births added to our pool of genes and family trees. So what had once looked to me like a barrier between “bastard” and “legitimate” now appears full of holes. In the end, we do not choose our ancestors, though some may presume to have done so.

Tweet
More in this category: « The Tactile Painting Museum of Ancient and Modern Art (Museo Anteros) in Bologna A Tribute to Italian Heritage in Los Angeles »