Not Everyone is Irish On St. Patrick’s Day 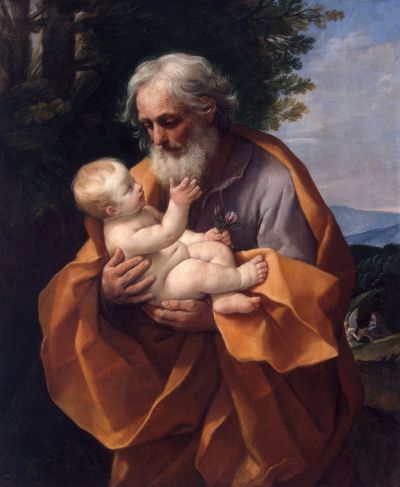 Let me start by saying that I have no animosity towards the Irish. Even though my first wife was Irish, I hold no grudge against all of those from the Emerald Isle. I even think that Lucky Charms are magically delicious. However, I am not Irish even on St. Patrick’s Day. When I was a kid, every year, the good sisters of Saint Joseph told all these little Italian American boys and girls that everyone was Irish on St. Patrick’s Day. We would all wear green under threat of being pinched for not doing so, cut out little shamrocks and sing “When Irish Eyes are Smiling.” All great fun, but I am still not Irish.

Two days later, after all my Medighan friends had recovered from drinking green beer while eating corned beef and cabbage, was La Festa di San Giuseppe, the Feast of St. Joseph. All the Italian kids would happily wear red without any encouragement from the nuns. I don’t remember the Sisters of Saint Joseph even mentioning that the day was special, an irony that did not occur to me until I wrote that sentence.

Despite the day passing unnoticed by most Medigahns, the day has special significance to the Italian people, especially those of us from Sicily. In the 12th Century, a drought had struck the island causing a famine. The Sicilians prayed to Saint Joseph to save them, promising to always honor his name. When the rains finally came, the people made good on their promise. To this day, wherever Sicilians have settled, you will find La Festa di San Giuseppe celebrations.

In a sense, the day is Italian Father’s Day, a day in which we honor all our fathers, but it is so much more. While in the U.S. we gift fathers with ties and coffee mugs emblazoned with World’s Greatest Dad, Italian Father’s Day has a more holistic feel to it, incorporating the entire family. In Italy, celebration altars are set up in remembrance of the Holy Family with Saint Joseph in the place of honor. In some towns, the community selects three members to represent the Holy Family. They are seated at a table of food specially prepared for the day. After a priest blesses the food, the celebration begins and everyone is welcome to eat as much as they like.

The food on the table carries a special significance. Loaves of bread are baked into different shapes such as carpenter’s tools, a staff and a cross as well as various animals and sea creatures celebrating the abundance of the earth. You will not find any meat or dairy on Saint Joseph’s day. For example, rather than sprinkling their food with cheese, breadcrumbs are used to symbolize sawdust.

I associate La Festa di San Giuseppe with food. My mother would make her special Saint Joseph’s Day spaghetti to celebrate the holyday. In keeping with the sharing spirit of the day, she would send me around the neighborhood with pots of the stuff for various friends. She wanted to ensure the older Sicilians who might not be able to observe the day were able to enjoy at least some part of the tradition.

Beyond all of this, I want to put in a word for Saint Joseph. While fathers, in general, seem to be second to mothers in the hearts of their children, poor Joseph had an enormous challenge. How the heck do you compete with a woman like Mary? The Madonna!! How do you compete with the MOTHER OF GOD? Since the scripture does not say much about him after the birth of Jesus, in the minds of many, he is a secondary Gospel character. However, I believe most people underestimate not only the faith of this man but his kindness. He initially intended to break off the betrothal quietly so as not to humiliate her. God chose Joseph as Christ’s father, just as he chose Mary to be his mother. In my opinion, he is a man who is equal to Mary.

So, to all my Irish friends and family, happy St. Patrick’s Day. I am looking forward to eating corned beef and cabbage. I might even start the day with a bowl of Lucky Charms. The high point of March for me though is La Festa di San Giuseppe.