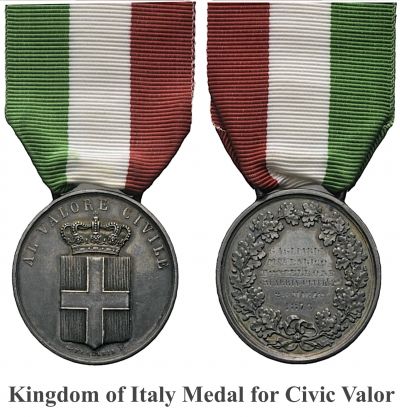 In the fall of 1874, a little more than a year after Giovanni Chiesa’s brutal lynching at the end of the Coal Miners’ Strike in Trumbull County, OH, Italian immigrants again lost their lives during a labor dispute. Thousands of immigrants from Italy continued piling up in NYC, unable to support themselves. They were desperate to survive in an America that in no way resembled what the scalpers of transatlantic tickets had described to them back home.

At first, the Italians made little progress in their effort to join the local New York workforce. With few notable exceptions, they remained an isolated group of outsiders with no permanent prospects living off public charity. But in March 1874, the ragtag, disorganized lot found an opportunity that welded them into a cohesive unit, bound by a common purpose. Their work-for-hire agency was called the Italian Cooperative Laborers and their enterprising leader was Frederick Guscetti.

Guscetti was determined to organize Italian immigrant labor to secure much needed jobs. After a few trials, he announced his objectives in an ambitious manifesto printed in newspapers across the country:

“We claim the right to put such prices upon our labor as may seem to us best. We number twenty-seven hundred artisans and laborers under seventy-two foremen. Having heard that a large number of contracts have been taken at panic prices by builders who cannot proceed with their work because of the existing strikes, we hold ourselves ready to undertake any contract or to furnish necessary force at reasonable rates, guaranteeing that prices agreed upon at our headquarters shall be adhered to during the season or the time the work is done, with good security for the full amount of our contract. We claim to be good and useful members of society, and all we ask is to be allowed to work in peace.”

In effect, the program created a supply of cheap Italian labor with the potential to undermine prevailing wages. This was not lost on at least one journalist, who saw in Guscetti’s plan the integration of Italians into American life. He even suggested the immigrants might offer a counterpoint to the unpredictable actions of trade unionists, whose crippling strikes of the previous two years had not been forgotten.

Charles Armstrong operated several mines in Westmoreland and Allegheny counties near Pittsburgh, including one near the town of Buena Vista. On October 19, he fired his men and asked Guscetti to supply him with new hands. Guscetti rounded up Italians and brought them to Armstrong, who housed them in a shanty across the Youghiogheny River from Buena Vista. The Italian replacements arrived with their guns, much to the dismay of the town’s residents. Tensions grew among the townspeople, the discharged miners and the immigrants. A month of hostility came to a head on November 29 when a party of Italians, who had entered the community searching for a doctor, were driven off by armed residents. Two drowned while attempting to cross the stream.

Soon, several hundred men, women and children began marching toward the river separating their community from the strikebreakers’ encampment. The crowd reached the shore and opened fire, commencing a day-long shootout during which three of Guscetti’s men were killed. Late in the afternoon, Guscetti’s American wife, Annie Brown, left the protection of the barracks and walked boldly with her sister into the line of fire, seeking a truce. The shooting instantly stopped, ending the bloodshed. For her bravery, King Victor Emmanuel II awarded her the medaglia al valor civile, medal for civil valor, “as an award for courageous and philanthropic actions.” That evening Armstrong’s property was set on fire and the next day the Italian miners left the county. The following year, Guscetti and Armstrong, “whose offense consisted in defending their lives,” were convicted for participating in a riot.

Guscetti’s Italian Cooperative Laborers had come to an inglorious end. “The experiment cost the operators $30,000, and Guscetti soon after divided his men between charcoal burning and chicken raising,” according to the Wheeling Register. Twenty of the departing miners went to work in Coalburg in Trumbull County, one of whom (by inference from Joseph Butler's history) was Youngstown prominente, Marco Antonelli, a young immigrant from Agnone.

In at least 30 labor disputes, Italian immigrants became tools to undercut wages or even supplant striking workers as in Buena Vista and the Mahoning Valley. The newcomers became a very serviceable ethnic group in the war between the managerial class and its employees. This pitted Italians against Irish and Anglo-American workers and, unfortunately, negatively marked the immigrants from Italy for decades.