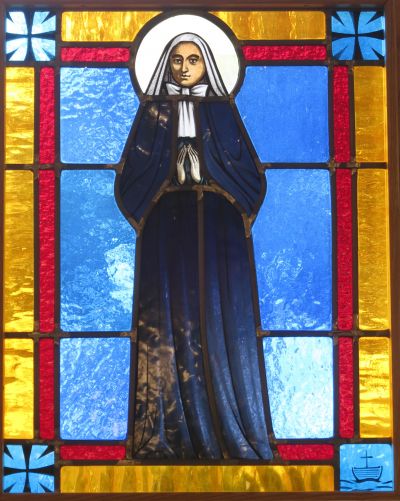 For me, with Columbus, it’s complicated. I have no problem with the removal of statues that memorialize treasonous Confederate generals or KKK leaders. Columbus shouldn’t be lumped in with those individuals. We’ve celebrated our rich heritage on October 12 with parades, food and speeches. There is nothing proslavery in our festivities.

For my grandparents, Roosevelt’s well-publicized proclamation of the Columbus Day holiday, in 1934, symbolized the acceptance of Italians as full citizens in America. It also signaled that “whiteness,” a goal that was hard to win, was finally ours. We should never forget the lynching of Italians on U.S. soil – including one in 1873 in Youngstown’s Liberty Township or the 1924 Niles Klan Riot. But that Italian Americans had won the whiteness prize along with Columbus came at a cost. All my aunts and uncles, my parents, too, abandoned neighborhoods like Smoky Hollow and Youngstown’s East Side, areas rich with Italian heritage, while their Black neighbors couldn’t get mortgages to do the same, no matter the size of their bank accounts or their status as World War II veterans. Struthers, Girard and Canfield weren’t going to sell them houses. We achieved a privilege that’s at the heart of a deep American division.

Then there’s recorded history. Columbus has been hailed with many different accolades: Discoverer of America, Joiner of Two Hemispheres and Bearer of the Faith to the Natives. If we look at his legacy through the eyes of Native Americans, what jumps out is the huge cost of human lives and cultures annihilated. Fifty-four million dead is one estimate, a grisly toll for the European colonization of the Americas. In 1909, Archbishop Ryan of Philadelphia petitioned the pope to canonize Columbus. The Vatican’s response concluded, “too many weaknesses,” and that his place of birth was doubtful. I think that’s still a fair assessment.

While a few cities are substituting Indigenous People’s Day for the Columbus holiday, let’s publicly reaffirm what Italians have given in ideas, blood and hard labor to this country and the world. These contributions carry names like Filippo Mazzei, volunteer in the American Revolution and political confidant of Thomas Jefferson; and Giuseppe Garibaldi, hero of three continents, who resided for a while in New York and made a serious bid to lead the Union Army in the Civil War. Founding schools, hospitals and orphanages all over the world, Mother Cabrini began her work in the poorest Italian neighborhoods of New York City. She added much to the progress of our people, became a U.S. citizen in 1909 and was later declared a saint.

But our achievements are so many and the achievers, in many cases, nameless. What comes to mind are the multitudes of Italians – often under the control of predatory labor contractors – who built the nation’s cities, paved countless American streets and highways and made the steel mills and iron foundries run with their sweat. Maybe it makes more sense to avoid individual names. “Italian American Heritage Day” might be the best way to honor all of these.