La Fisarmonica: The History of the Italian Accordian 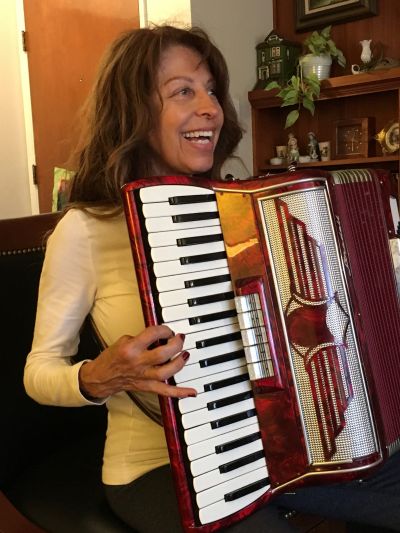 In the mid-19th century, Italians were feeling a new sense of identity and love of life after a Piedmontese victory brought new hopes of Italian Unification. La fisarmonica, with its uncomplicated and cheerful sound and ease of use, became the ideal instrument to counter the elitist music of previous years. The Italian accordion industry was born in Castelfidardo in the Marche region of central-eastern Italy after its introduction there most likely by French troops.

At that time, there were two centers of accordion production in Italy. One was Vercelli in Piedmonte and the other was Stradella in the Trentino region in the north. Here, Signore Dallapè brought some simple accordions from Austria trademarked by Cyrill Demian and improved the piano-accordion invented by Parisian Bouton.

In the early 1860s, Paolo Soprani, a farmhand from Castelfidardo, transformed Le Marche from an agricultural region to an industrial one when he became the first industrial producer of accordions with the first ever international sales. There were other pioneers in nearby regions who attempted to produce concertinas but they were not as successful as Soprani. Influential in his success was bringing the first Austrian or French accordion to Loreto, an energetic religious, cultural and commercial tourist center. Strong sales and orders from all over Italy encouraged many others from Marche and Abruzzo to open their own accordion-making workshops: Janni in 1882, Chiusaroli in 1886, Crucianelli in 1888, and Ficosecco in 1889. By the end of the 19th century, there were 14 official accordion factories located from Lombardy to Sicily, enabling the accordion producers to remain competitive while improving on the older models. The high quality of the Italian accordion outclassed competition from France, Germany, Russia, and Czechoslovakia.

Through the decades, accordion popularity and production enjoyed lofty successes and precipitous declines. In the late 1800s, Italian immigrants not only imported and distributed accordions from Castelfidardo but opened music schools teaching the accordion. In the early 1900s, the Soprani family started a fully integrated production line increasing production and profits. The worldwide economic crash of 1929 greatly affected the accordion industry until fascism, surprisingly, helped rebuild it with propaganda proclaiming the accordion was invented in Italy. And just as ironically, WWII devastated accordion production, yet by the end of the war, 19 new accordion companies were founded in Castelfidardo alone. By the mid-19th century, infusions of capital from American entrepreneurs ushered in a time of great mergers and increased production. But by the 1960s, musical styles and tastes had changed from the older melodic style to the more rhythmic styles of Elvis Presley, the Beatles and the Rolling Stones. The accordion was no longer fashionable. While some survived this cultural shift, unfortunately many small, family businesses were forced to close.

Today there is a renewed interest in hand-crafted, custom-made, high-quality accordions. The accordion is now studied in some Italian musical conservatories with more attention to its musical history and literature and it no longer is thought of exclusively as a solo instrument. The instrument’s repertoire similarly expanded to include a broad range of folk, urban popular and classical music styles.

Castelfidardo is still known as the home of the accordion in Italy, producing about 16,000 of them a year. There are 60 companies operating throughout Italy, 30 of which are in Castelfidardo. Carrying on his family’s legacy, Marco Palmieri works alongside his father, Silvano, to handcraft the instruments at Fismen Accordions. Using the same materials and techniques that have been passed down through the generations, these modern-day masters devote months to building each accordion, laboring to craft instruments that are also works of art.