The Importance of Italian Winemaking 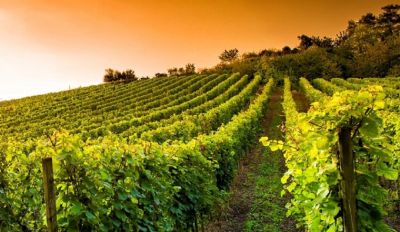 The art of Italian winemaking is almost in my DNA; one could easily say. Winemaking dates way back in the Bruno family to sunny Italy in the early 1900s in the small, wine-producing town of Pratola Peligna in the province of L’Aquila in the Abruzzi region. The Abruzzi grape produce grew with abundance in, arguably, one of the most fertile valleys in the world. Surrounded by the beauty of the hills and mountains, the run-off rain would funnel down into the valleys, moistening the enriched soil thus sweetening the eventual luscious grapes into the world’s finest wines.

It is no wonder why sunny Italy produces more wine than any other country in the world. The rich, fertile vineyards continue to do so to this very day. That is why Abruzzi was the homeland to the Bruno’s winemaking industry and way of life, sustaining our century-old tradition.

Abruzzi’s highly reputed wine, Montelpulciano d’Abruzzo, has earned a reputation as being one of the most widely exported, classed wines since the late 20th century and presently in this new millennium. Yes, it is true that the Italians were not the first to invent wine, surprisingly to most. In fact, during the 4000 to 3000 B.C. period, the Greeks brought the art of winemaking to Southern Italy and Sicily. “The Romans enhanced the Greek presses used for extracting juices from grapes, increasing the yields, which became especially important as the demand for wine, naturally, as the population expanded,” writes Jennifer Muhawi in the article, entitled: “Italian Wine: The Taste of History and Passion” in “Into Wine” (2007).

“Wine is also a very important part of everyday life, which is why Italians care so much to perfect the production process and quality of taste,” writes Muhawi. She adds, insightfully: “The Romans, with their appreciation for wine, drank it at every meal, experimented with various spices, and created wine with much higher alcohol content than ours today.” The Romans also discovered which grapes were best suited for certain climates (i.e. Chianti’s Sangiovese, Barolo’s Nebbiolo, Corvina, and Arneis). In fact, the Romans soon realized that aged wines attested better, using wood barrels and glass bottles with corks to store and distribute wine. “It’s not just Italy’s history that makes it great, it’s the passion they feel every hour of the day – for wine and for life,” concludes Muhawi.

Home winemaking revives an Italian tradition. Daniel Pambianchi, writes about Italian winemaking in Accenti, “In years gone by, wine was part of the Italian culture and diet, like bread, pasta and homegrown tomatoes. Lunch simply would not be a meal without wine. Wine was simply part of daily life.” Pambianchi encourages the new breed of winemakers, prompting them to produce: “You can make great wines at home. Learn as much as you can by experimenting. You will be greatly rewarded with the excellent wine you make.”

Within the last 50 years, there has been a surge of quality Italian wine that is considered the best of France and the reason is due to what we like to call, “I pioneri,” the pioneers. The great Italian winemaking pioneers (and their families) include Antinori, makers of Tignanello; Allegrini, makers of Palazzo della Terre; Lunelli, makers of Prosecco; and Tasca d’ Almerita, makers of Regalealli quality wines. “These are the Italian winemakers, proud of their heritage and proud of their land, who dared to improve the stagnating Italian wine, while never losing their firm commitment to tradition,” as quoted in “Expresso” (2014).

These pioneering winemakers were hugely instrumental in reclaiming Italian winemaking superiority and demand in our wine-loving world.

Tweet
More in this category: « Michelangelo’s Pietas La Fisarmonica: The Advent of the Accordian »