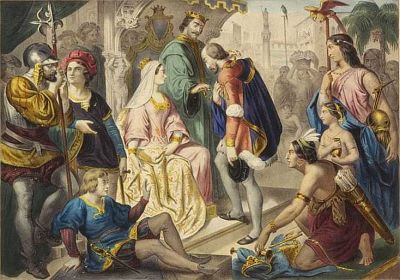 Before news of Christopher Columbus’ western voyage with his discovery of a new land was distributed throughout Europe, others had made the trip. Most well-known is Leif Erickson, who landed somewhere on the north coast of America around 1000 AD. Earlier than the Vikings is the legend of the Irish monk, Saint Brendan, who sailed to America in the sixth century. Closer to Columbus’ arrival, several historians support the theory of Muslim Chinese explorer Zheng He reaching the east coast of America in the early 1420s. Other legends abound, citing theories about the Polynesians, Egyptians and Romans all arriving on the uncharted land pre-1492. Various genetic studies show North and South Native Americans have the same ancestry with Siberian roots, but some claim the Olmecs are of African descent and others maintain they “share traits with present-day Australasians.”

According to these reports, a connection with Europe, Africa and possibly further east had already been established with the continents to the west before Columbus’ exploration of the islands. What made Columbus’ landing extraordinary were the reports of his discovery that spread throughout Europe, taken from the letters he wrote on his return voyage that were copied by hand, translated and printed.

The actual letters written by Columbus, to date, have not been found. Columbus’s journal, dated from August 3, 1492 to March 15, 1493 is also a copy of the original that has not been found. It was transcribed by Bartolomé de las Casas from a hand-written copy. Most of the passages in the journal give reports of navigating the islands and descriptions of the land; but, in the journal – as in the letters – the writings show Columbus had a high regard for the natives.

Some excerpts from “The Journal of Christopher Columbus (During His First Voyage, 1492-93) and Documents Relating to the Voyages of John Cabot and Gaspar Corte Real:”

(October 12) “we might form great friendship, for I knew that they were a people who could be more easily freed and converted to our holy faith by love than by force…They should be good servants and intelligent, for I observed that they quickly took in what was said to them, and I believe that they would easily be made Christians, as it appeared to me that they had no religion.”

(October 13) “I was attentive, and took trouble to ascertain if there was gold…I tried to get them to go there, but afterwards I saw that they had no inclination. I resolved to wait until to-morrow in the afternoon and then to depart…”

(October 15) “I came upon a man alone in a canoe…He came alongside the ship, and I made him come on board as he desired, also getting the canoe inboard, and taking care of all his property.”

(October 16) “They do not know any religion, and I believe they could easily be converted to Christianity, for they are very intelligent.”

(December 12) “So they took the woman…to the ship…The Admiral caused her to be dressed, and gave her glass beads, hawks’ bells, and brass ornaments; then he sent her back to the shore very courteously, according to his custom.”

The first voyage was a remarkable connection between an Old World and a New World and although Columbus had taken some natives back to Spain – actions that were a common practice of the time – he treated them with respect.

His discovery of a land, new to Europe, would bring a transfer of people, animals, food, and pathogens known as the Columbian Exchange. One of the largest gains to the New World was the introduction of livestock: cattle, horses, pigs, and sheep. The horses, especially, were a major asset providing a more efficient way of traveling and hunting and an equalizer in battles. The most devastating, though, was disease.

With no written documentation, it’s difficult to determine how many natives were on the islands, or on the continents, when Columbus landed. Subsequently, the percentages or number of deaths cannot be accurately calculated, but historical accounts show that the deadly pathogens started to take effect about 11 years after Columbus died (or 25 years after his first landing). The number of deaths may be substantial, but the number of deaths attributed to the Plague during the 14th century in Europe is equally considerable.

In 1882, the 400-year anniversary of Columbus’s landing was a nationwide event. Proclaimed a national holiday by President Benjamin Harrison, schools would have a new flag salute and he declared “Let the national flag float over every schoolhouse in the country and the exercises be such as shall impress upon our youth the patriotic duties of American citizenship.”

For the full article visit:

Tweet
More in this category: « The Italian Language: The Dearest One to Me The Night of La Befana »