The Italian Language: The Dearest One to Me 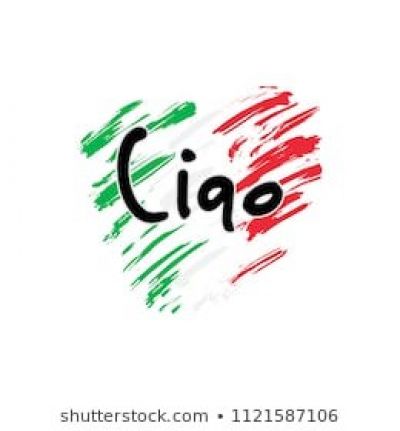 There are three different languages within me: Italian, English and Spanish. Each of them is like a unique person I met during different stages of my life. The first in my childhood. The second in my adolescence and the third in adulthood. They all form an integral part of my identity. Though I could not live without any of them, the Italian language will always be the one that knows me most intimately.

Italian is my birth language. She has known me for as long as I have lived. She is my lifelong friend with whom I shared the desk in elementary school during a time of ponytails, blue uniforms and white-collar bows. Back then, we learned how to write and read while munching on the biscotti our teacher Dora brought us. Together we memorized the Mother’s Day and Christmas poems that we performed at school recitals at least a couple of times a year. In the summer, we played hide and seek in the narrow streets of a little town. When money permitted, we shared a gelato or two.

When I became a young girl, she was the cherished pal with whom I giggled about those silly infatuations. Together we would speculate if the boys in town really liked us or if they were just playing games. When the time to blossom was approaching, we told each other all the womanly facts that our mothers did not dare to tell us.

When, the adolescent years knocked on my front door, Italian was the trusted one to whom I would reveal all my secrets, the one I would confide all my insecurities. When the first romantic disappointment burned my heart, Italian was my special confidant who was there to comfort me. The day I got married, my native language was the chosen one who stood there next to me when I said, “I do.” When I moved from Italy, the miles did not wear down the affection. She has been there for me all these years even from a distance.

English is like an exchange student who came to study in Italy when I was in the 9th grade. During five years of high school, this foreign classmate and I became very good friends. I must confess, I liked him right away. Back then, we would normally speak three days a week on Mondays, Wednesdays and Fridays. We got along very well. He was a simple pal with very few rules. After we graduated, we lost touch for a while. Years later, when I moved to his homeland, we met again. We have been close friends for over three decades as we speak every day.

Spanish entered my life many years later when I was much older and much more mature. Our encounter was not casual. Meeting him was a personal and well thought out choice. Latin is our mother. Thus, Spanish is as a brother I knew existed, but never took the time to reach out to. Then, one day, I decided to contact him. We first met at a local Community College some 17 years ago, in January of 2002 to be precise. As soon as I heard him speak, I noticed that his voice echoed similarly to mine, so musical, cheerful and expressive.

Nowadays, I am still a guest of my English friend. He is like my linguistic chauffeur. He accompanies me wherever I go: to the local supermarket, to the doctor’s office, out to the restaurants, to my job. At this very moment, he is even sitting next to me as I am spelling out my thoughts on paper. After meeting my Spanish brother, I became so fond of him. I wish to know everything about him. I do not ever want to let him go again. Nevertheless, the Italian language is my brilliant friend who has known me the longest and the best. Even though we live apart and we do not talk as much as when she was the only one I knew, Italian will always be the dearest one to me.