Superstition or Religion? Possession and Exorcism In the Roman Catholic Church 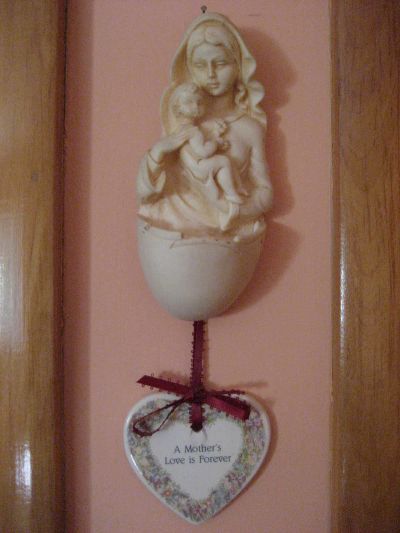 Jesus’ exorcisms consisted simply and directly of commanding the demon to leave the host body. To carry forth this work, Jesus told his followers to heal the sick and cast out demons. In third century Rome, Hippolytus, a Christian theologian, performed what was reputed to be the first exorcisms on candidates for baptism. At that time, a priest or layman laid his hands upon the person’s head and if a demon was detected, it would be exorcised prior to being baptized. To this day, this “minor exorcism” is an integral part of the baptismal liturgy, seemingly a proactive exorcism.

Exorcised (ritually sanctified) holy water, representing purification, is one of the oldest and spiritually significant Roman Catholic sacramentals. There are different types depending on the use: water with consecrated salt, used in regular blessings, water with oil used in baptisms and water with ashes and wine used to consecrate churches. Churches regularly use holy water to baptize infants and for parishioners to bless themselves when they walk into church. The faithful use holy water in the hopes of remaining spiritually pure.

The Rite of Exorcism is a Catholic demon-banishing  sacramental that uses exorcised holy water to drive demons away. According to ancient Catholic beliefs, fallen angels or demons, under Satan’s guidance, retain their powers to act on the material universe from beyond by tempting, deceiving and even possessing people who practice sin. The sin of mankind, Original Sin, makes people (as well as places and things) susceptible to diabolical takeover if they do not follow the Bible’s teachings.

In the 15th century, exorcism was little more than praying to God in the name of Jesus Christ and His church to restrain the demonic power supernaturally and anyone professing faith could cast out demon spirits.

The 1970s saw a rise in the demand for exorcisms and consequently more trained exorcists. Some allege this was due to popular films like “The Exorcist,” the rise in drug use and abuse and an expanding spiritual void.

According to Father Malachi Martin, a Jesuit turned secular priest and something of a controversial figure in his own time, there is “… a war with the invisible forces that want men’s souls.” Martin believed that exorcism was more of a confrontation with Crucifix in hand and not simply a prayer and a sprinkling of holy water, and that once begun, the process had to be completed fully or the demon would pursue the exorcist. In the 1973 horror film, “The Exorcist,” the character of Father Merrin used the actual Ritual of Exorcism that was created by the Roman Catholic Church in 1614.

Belief in Satan and his ability to enter the body of a person and possess her or his soul and the need for exorcism rituals to remove the possession had declined drastically by the 20th century. In January 1999, The Vatican issued a revised Catholic Rite of Exorcism, revamping the image of Satan and positing that evil is a force within all individuals rather that one threatening us from without as was formerly espoused. More recently, Pope Francis’ acknowledgment of the presence of the devil and his declaration that the Church needed to help those “possessed by evil” brought another global increase in the demand for exorcists.

Seen as diminishing the power of the priesthood, the weaker rituals of the new Rite of Exorcism have no prescribed formula and are more of a prayer to God asking him to deliver the demon rather than a command issued to the demon to depart in the name of God. Now, the exorcist (a specially trained priest) and a medical professional work together to determine if illness is present or if an exorcism is called for.

Exorcism can be a frightening experience for all involved since not all exorcisms end in triumph, that is, the casting out of the evil spirit. Sometimes the demon remains in control of the possessed or it may continue to wander free looking for another host and some may come back seeking to torment the exorcist. See “The Rite” on the making of an exorcist. Some victims have even died in the hands of well-meaning exorcists.

Are you ready to watch “The Exorcist” again? If you begin to think that you are possessed, no worries. There is likely a trained exorcist nearby, maybe even one of your parish priests. Or, just make sure you stay in God’s graces by blessing yourself with holy water every time you pass the holy water font.