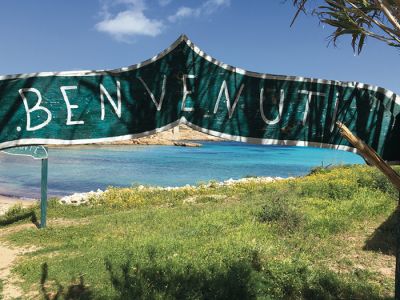 “A Safe and Welcoming Harbor: A refugee’s dream,” Island of Lampedusa, Sicily, by Nidia Werner, Dickenson College Calss of 2019.

More than 300,000 U.S. students studied abroad in the last academic year and that number continues to increase. Of those 300,000 students, 40 percent study in Europe, namely France, Spain, the U.K., and of course Italy. While study abroad programs make the transition to a new country as smooth and easy as possible, there are some interesting differences in the college experiences of American students versus native Italian students. The application process, housing, areas of study, and enrollment are some of the biggest differences in the college lives of students in these two countries.

In Italy, students are more likely to study business and math related fields such as engineering, statistics and economics according to Statistica.com. Business majors are highly common among American students, but majors in health-related fields are popular as well, according to a study by CNBC.

A key difference between American and Italian universities is enrollment. According to a report by Euro Stat published in the Local, “Italy has the second lowest percentage [26] of university graduates in the European Union.” In contrast, the U.S. Census reported that over one-third of Americans have a college degree. Even though university enrollment has increased in Italy, the lower enrollment trend spans all areas of education. For example, the same report said that Italy has a “high rate of early school leavers” and that 14 percent of Italians have not completed a secondary education. By comparison, the U.S. reached a record in 2017 with the highest number of high school educated citizens – 90 percent of the population, according to a U.S. Census report. The U.S. also tops Italy in terms of citizens with a higher education.

While many differences exist in the lives of college students from country to country, one thing remains the same. A study abroad experience opens doors to many opportunities. The chance to immerse yourself in another culture and educational experience can be life changing.