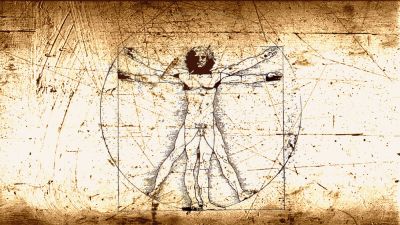 Leonardo da Vinci is widely held to be the world’s greatest genius. He pursued so many interests and projects that he is also widely considered one of the most diversely talented individuals to ever have lived.

Michael Gelb, author of “How to Think Like Leonardo da Vinci: Seven Steps to Genius Every Day” writes of seven principles that made this quintessential Renaissance man tick in an effort to guide readers to “harness the power and awesome wonder of their own genius.”

Renowned creative thinker and learner, Gelb reminds readers that the Italian genius once wrote, “The knowledge of all things is possible,” something da Vinci preached and practiced.

Gelb’s da Vincian Principles include: Curiosita, a never-ending commitment to learn new things; Dimostrazione, challenge the perception of self and others; Sensazione, the fine tuning of the five senses; Sfumato, a willingness to embrace doubt; Arte/Scienza, balancing logic and imagination; Corporalita, where the body cultivates grace and poise; Connessione, understanding the interconnectedness of all things.

These principles won’t automatically produce a Leonardo, but Gelb believes these seven canons may untie hidden talents. He also points out that one is never too old to try something new in the quest for knowledge. His treatise continues that it is important to know that Leonardo, like others, made his share of errors and mistakes, and learned from them.