Confession and the Borromeo Box 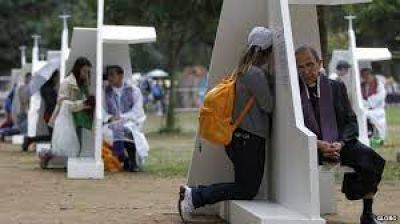 The Sacrament of Confession, or Reconciliation, one of the seven holy sacraments, has a long and important place in the Roman Catholic Church’s history. This Sacrament calls the faithful to confess their sins, seek forgiveness and be reconciled to God and to one another. Scripture is very clear in saying that confession of sins to the Church is a necessary part of receiving Christ’s forgiveness. Only those ordained as priests can forgive, cleanse and grant absolution.

The practice of reconciliation started with Jesus communicating to his Apostles the power of forgiving sins and the reconciling of the faithful who had fallen after baptism. Before the 4th century, confession and penitential discipline for serious sins such as apostasy, murder and adultery, were performed in public. Public penance was the sign of repentance, and that repentance could last a lifetime. By the 5th century, it was the practice to hear confession at the beginning of Lent and to reconcile the penitents on Holy Thursday in preparation for Easter.

A more detailed confession to a bishop or priest with a private penance is mentioned in the “penitentials,” a 7th century set of rules concerning the Christian sacrament of penance which assigned a punishment for every sin. Private confession led to more prayer and works of charity but also to the practice of buying “indulgences,” monetary payments in lieu of penance which, supposedly, absolved the payer of past sins and helped release them from purgatory after death.

Pope Pius V abolished the sale of indulgences in 1567 although the Church still believes in indulgences, lessening the temporal punishment of our sins after we have been forgiven. The Sacrament of Reconciliation in the form of individual private confession, as we now know it, in the physical presence of a priest, didn’t appear until the 11th century.

We owe the physical confessional booth to Cardinal Charles Borromeo (1538-1584). Borromeo became an abbot at the age of 12, and he invented the wooden confessional box with a grille and curtain to separate the priest from the penitent in order to thwart any physical contact between the confessor and the penitent. The box was meant to bring an end to the scandals of sexual solicitation where in the past, the penitent would kneel at the feet of the priest which led to inappropriate intimacy.

Some Catholics believe that one does not need to confess to a pastor, priest, or spiritual leader to be forgiven. In fact, you do not need another human mediator, since (by faith) you already have Jesus Christ: “For there is one God, and there is one mediator between God and men, the man Christ Jesus…” (1 Timothy 2:5). The Bible states that something valuable happens when we confess our sins to another, primarily to the one we sinned against: “Confess your sins to one another…that you may be healed.” (James 5:16)

At the onset of the Covid-19 pandemic, on March 20, 2020, the Apostolic Penitentiary clarified that when an individual cannot receive the Sacrament of Confession, the love of God forgives and absolves all sins, even mortal ones, but with the mandate to get to Confession as soon as is possible.

Canon Law still requires confession, but in most parishes, it has become the sacrament many Catholics feel free to skip, and so the lines for the confessionals have pretty much disappeared. Only about 43 percent of Catholics say they go to confession at least once a year and 28 percent say they never go, according to Pew Research Center's most recent survey of U.S. Catholics. Today, many believe that the clergy need to be trained in more modern means of attending to the spiritual needs of their parishioners such as dialoging with parishioners on how God is present and active in their daily lives.

Since one-on-one confession has fallen out of fashion, most confessional boxes in churches, beautiful though they may be, seem to be a thing of the past, with chairs stacked in front of them or even acting as storage containers or broom closets.

The church my sister attends gives the parishioners a choice of confessing face-to-face with a priest or anonymously in a confessional booth. The modern confessional booth or room offers a personal experience more akin to spiritual counseling with a one-on-one experience.

While some Catholics may feel this is more efficacious for today, others feel that the traditional confessional is a sacred space intended specifically for the Sacrament of Reconciliation.

Whatever you choose to get help in your spiritual life, as a good Catholic, if you want to be absolved of your sins, then find time for Confession.