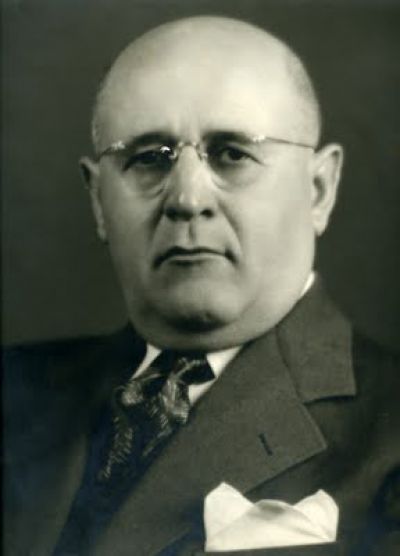 Italian Americans have made their mark on American history since arriving from Italy during the late 1880’s. By 1920, more than four million Italians called the U.S. their home. While the majority suffered prejudice and hardships, many were able to turn those difficult times into prosperity. Notable Italian immigrants and children of immigrants became successful businessmen and women contributing to the rapid growth of American business in the 20th century. This year, La Gazzetta Italiana will highlight just a handful of the brave, intelligent and daring Italian immigrants who blazed their own trail in American business.

In the late 1800s in the Sicilian town of Salemi, just 25-miles from the Mediterranean, nine-year-old Giuseppe Uddo began selling olives and cheeses from a horse-drawn cart. The oldest of six children, young Giuseppe had dropped out of school in the third grade to help his family make ends meet. Taking his cart from village to village, Giuseppe was a venditor, a traditional trade in Sicily.
Over the next 10 years or so, Giuseppe continued to sell his products from his cart meeting many different people during his travels. One encounter changed his life forever. During one of his regular trips, Giuseppe Uddo met Giuseppe Taormina, a successful food merchant. Taormina had many relatives in New Orleans. He also had a daughter named Eleanora. Soon Giuseppe and Eleanora married and the two, both 24-years-old, sailed from Palermo to the Canal Street docks in New Orleans in 1907.
Giuseppe quickly discovered that the Italian ingredients he had grown up with were not readily available in New Orleans. Accepting a job with his brother-in-law, Francesco Taormina, who had an import business, Giuseppe put his sales background to work. When Francesco closed the business down to return to Italy to fight in the Army, Giuseppe joined Eleanora’s cousins’ food merchant business. Unfortunately, by Christmas Eve 1909, the business went bankrupt and Giuseppe was left with a wife, two young children and no income to support them.
Another chance encounter changed his life forever. While walking home through the French Quarter, Giuseppe met a man by the last name of Cusimano. Cusimano owned a macaroni factory in the district. Upon hearing Giuseppe’s bad luck, Cusimano offered him goods to start his own business. He also promised him credit to buy more.
Craving the tastes of his childhood and still in supply of olives, cheeses and tomato paste, Giuseppe was ready to take a leap of faith – in himself. All he needed was a way to transport his goods. He convinced Eleanora’s cousins to sell him their horse. They obliged and Giuseppe had just started his own small business still bringing the flavors of Italy that he so loved to his American home.
Eventually, Giuseppe’s importing business grew. The horse was replaced by trucks and he opened a small grocery and a warehouse in New Orleans’ French Quarter. His family lived above his operation and his brother, Gaetano, who had recently arrived from Sicily, ran the grocery. Just before WWI, Giuseppe took out a loan to purchase 3,000 cases of tomato paste. When an embargo closed Italian ports, Giuseppe’s sales surged. He used his profits to relocate his parents and sisters from Sicily to New Orleans.
In 1899, the Vaccaro brothers, also immigrants from Sicily, founded Standard Fruit Company (now Dole Food Company) a banana import business. They owned many ice factories in New Orleans to refrigerate their bananas. They also owned a factory in Riverdale, CA. After WWI, Giuseppe Uddo bought the Riverdale factory where he manufactured tomato paste. The factory was the first in the U.S. to make canned foods that were previously only available in Italy.
Giuseppe expanded the operation to NYC with Eleanora’s distant cousins, the Taormina “boys,” where it was embraced by the large Italian American community there. He named the new company Progresso. The Uddo-Taormina union was yet again strengthened when Giuseppe’s daughter, Rose Marie, married one of his new business partners, Frank. By the 1930s, Progresso was known throughout the northeastern U.S. for superior tomatoes and tomato paste. The company expanded its products to include olive oil, roasted peppers, anchovies, and other authentic Italian ingredients. During WWII, importing goods from Europe became extremely difficult. Progresso recognized the need and began canning food domestically. In 1942, the company purchased a factory in Vineland, NJ. Progresso created and distributed soups as a way to keep the business thriving during winter months. Original family recipes offered by Progresso employees soon became the minestrone, lentil, split pea, and other soups that we love today. Progresso foods began hitting the shelves of supermarkets by the 1950s.
Upon Giuseppe Uddo’s death in 1957, controversies arose between the Uddo and Taormina clans over control of the company. Eventually, Progresso was sold to Imperial Tobacco, a Canadian company in 1969, then to Pillsbury in 1995. In 2001, General Mills acquired Pillsbury.
Over 100-years-ago, a young boy led a horse-drawn cart full of flavorful olives and cheeses through Sicily. Did he dream that he would someday create a soup empire that lasted through two world wars and still holds fast today? Progresso soups are known as “soups that came from an old family recipe.” Thanks to Giuseppe Uddo, we can be certain this statement is true.