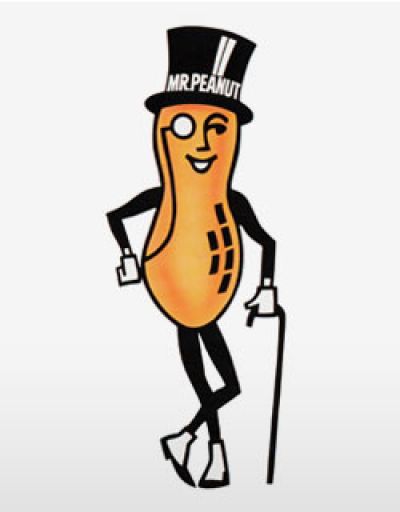 It all started with a peanut roaster and a fan. Today, it is one of the most popular snack foods in the country. And we have an Italian American to thank for it.

Amedeo Obici was born in 1877 in Oderzo in the Veneto region of Italy. His father died when he was just seven-years-old leaving behind a widow, Luigia Carolina Sartori, Amedeo and his three siblings. In 1889, Luigia’s brother, Vittorio Sartori who had immigrated to Scranton, PA, invited Amedeo to come to the U.S. to live with his family. Amedeo sailed across the Atlantic in March 1889, alone and unable to speak English, at age 12, with his final destination written on a label tied through a buttonhole on his coat. Upon arrival in Brooklyn, NY, Amedeo boarded a train to Scranton. However, he was inadvertently misdirected and ended up in Wilkes-Barre, PA. The people at the train station there took him to a local fruit store owned by Enrico Musante as he, too, was Italian and could translate for Amedeo.

While the Musante’s worked to contact Zio Vittorio, they took good care of Amedeo. Such good care, in fact, that after staying with Vittorio for a short time, Amedeo returned to Wilkes-Barre and worked in the Musante fruit store. He also enrolled in English classes to learn the language of his new home.

It was in the Musante fruit store where Amedeo found his passion for peanuts. The store had a peanut roaster and a fan that blew the scent of the roasting peanuts into the street to lure customers into the store. This inspired Amedeo to get his own peanut cart. He constructed a roaster from basic parts he found at the local scrap yard. To advertise, Amedeo created a promotion. He used the letters from his last name and inserted one letter into each bag of peanuts. Only one letter “O” was included in every 50 bags. Customers who found the letter “O” won an Ingersoll gold-colored watch that Amedeo had purchased for $1. In 1895, Amedeo used his savings from business revenues to bring the rest of his family to America and had enough left over to open his own fruit stand and get a proper peanut roaster. And the rest, as they say, is history.

In 1897, Amedeo teamed up with Mario Peruzzi. Peruzzi was born in Treviso, Italy and immigrated to the U.S. at age 19. A former wholesaler, he was a manager for the confectionary department at a local company in Scranton. During this time, he met Amedeo Obici who also operated a small restaurant that served oyster stew and roasted peanuts in a building in downtown Wilkes-Barre. Peanuts were typically considered animal feed or food for the poor, but in 1905, Amedeo devised better ways of selling peanuts as a good food to people. He added the name “Planters” to his peanut company to elevate the perceived quality of the product, giving the notion that peanuts were a more sophisticated and desirable food. The Planters Peanut Company was founded in 1906 by Amedeo Obici and Mario Peruzzi in Wilkes-Barre, PA.

By 1911, the company had entered the confectionary business and became the Planters Nut and Chocolate Company. In 1913, the company’s first mass-processing plant was built in Suffolk, VA, the heart of peanut farming territory. Amedeo married Enrico Musante’s daughter, Louise, in 1916. After the death of his first wife, Mario married Amedeo’s sister, Lizzie. The two families remained close throughout their lives.

Mr. Peanut was born in 1916 when a schoolboy named Antonio Gentile submitted his sketch in a Planters contest to create a brand trademark. A commercial artist later made the figure look more aristocratic and Mr. Peanut became the famous icon we know and love today.

Upon his death in 1947, Amedeo left quite a legacy. He founded the Louise Obici Memorial Hospital in Suffolk, established by his brother-in-law, Mario Peruzzi. He also founded a hospital in his hometown of Oderzo, Italy. Today, Planters is owned by Kraft-Heinz and is one of the Suffolk area’s largest employers.

From the scents of roasted peanuts in the street to selling $40 billion worth of products each year, Italian Americans Amedeo Obici and Mario Peruzzi certainly achieved the (Italian) American dream.