Thirty One Days of Italians 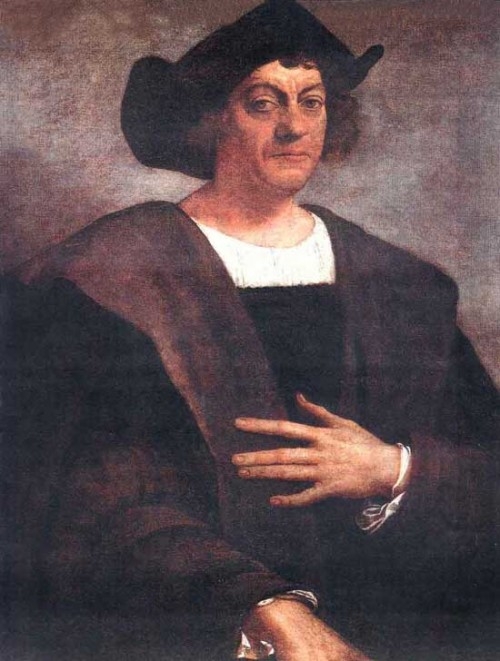 Thirty One Days of Italians

October 1: The Italian Immigrant
A day to honor every Italian who journeyed to America from Italy.

October 3: Guglielmo Marconi
Known as the Father of Radio for his experiments with long distance wireless transmissions.

October 4: Filippo Mazzei
Supporter of American freedom during American Revolution. Thomas Jefferson's inclusion of "all men are created equal" into the Declaration of Independence is a paraphrase of Mazzei's "All men are by nature equally free and independent."

October 5: Antonio Meucci
Original holder of the patent for the forerunner of today's telephone.

October 8: Enrico de Tonti
Exploring for the French under the name Henri de Tonti, he arrived in America with La Salle in 1678. Established the first settlement in Arkansas, earning him the title "Father of Arkansas."

October 12: Christopher Columbus
Navigator that changed the world, opening trade routes and immigration from Europe to the Americas.

October 14: Luigi Del Bianco
Chief stone carver on Mt. Rushmore, worked 1933 to 1941, adding the final details to the faces on the monument, repairing a crack in Jefferson's lip, and carving the eyes of Lincoln.

October 15: Robert Charles Gallo
Founder and director of the Institute of Human Virology. Gallo is co-discoverer of the HIV virus that causes AIDS, and developed the HIV blood test.

October 16: Jacuzzi Family
In 1947, Candido Jacuzzi developed a hydrotherapy pump that was placed into the tub to circulate the water. In 1966, he was issued a patent for an enclosed pump, making the first whirlpool tub.

October 19: Eusebio Francisco Kino [Francesco Chini]
A Jesuit sent to Mexico in 1681. Charted maps and discovered that Baja California was a peninsula. His maps of the southwest were used until the early 1800s.

October 20: Amedeo Obici
Founder of Planters Peanuts and developer of a new way to roast and blanch peanuts.

October 21: Arturo Toscanini
One of the world's greatest orchestra conductors.

October 23: Francis Rogallo
Developed the Rogallo wing, a flexible wing that earned him the title "father of modern hang gliding."

October 26: Francesco Scavullo
One of the most prominent glamour, fashion, and celebrity photographers in the world.

October 27: Constantino Brumidi
Known as the "Michelangelo of the [U.S.] Capitol."

October 28: Charlie Angelo Siringo
One of the first Pinkerton undercover detectives, and attributed as a leading figure of cowboy heroes of the American West.

October 30: Andrea Palladio
"Father of Architecture," wrote The Four Books on Architecture, the most famous and influential books on architecture of all time, and still in print.

October 31: Your Favorite Italian
Celebrate someone not on the list, but greatly admired.

Author, educator, and researcher Janice Therese Mancuso established Thirty-One Days of Italians to promote the significant contributions that those of Italian heritage have made to America. She was awarded a grant from the National Italian American Foundation (NIAF), and has received support from the Italian Historical Society of America and others in the Italian American community.

Tweet
More in this category: « The Top Ten Little Italys in the World Celebrating Heritage in Washington, D.C. this October »