Turin, The Capital of Chocolate 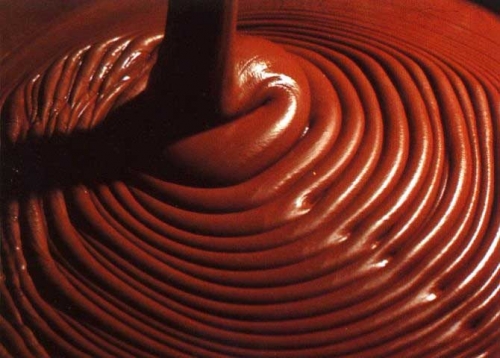 Turin, The Capital of Chocolate

The city of Turin has been ahead of its time in the chocolate making arena, in fact, when we look back into the history of Italian chocolate making, it has been said that it was served for the first time in 1861 when it became the capital of Italy.

The history of chocolate however started long before. In 1678, the house of Savoy, granted the very first chocolate license ever issued to a man known as monsÃº Giò Antonio Battista Ari, an expert chocolate maker, who was even visited by the Swiss, to learn the art of chocolate making. They later tried to claim they discovered chocolate but it really all started in Italy.

The first chocolate candy, "cioccolattino," was made in Turin in the mid 1800s, and it was during that time when they began to mix cocoa with nuts making a mixture we know today as Nutella. This confirms that they were really ahead of their time nationally and internationally.

The famous Gianduja cioccolattino, was named after Gian d'la duja or Giovanni del Boccale, the characteristic mask of the Piedmont region, and the symbol for their fight for independence, which the people in Piedmont fought for in 1799. It was then that they gave it the name of "gianduiotto." Consequently, the merit for inventing the gianduja chocolate goes to the chocolate masters in Piedmont who had created a new type of cioccolattino made from mixing cocoa with sugar and the very tasty hazel nuts, known for their unique flavor.

In 1806, due to the Napoleonic blockade there was a cocoa shortage. The chocolate masters of the Piedmont region did not have enough cocoa powder; therefore they had to make up the difference by crushing the local nuts into a fine powder and using it to mix it with cocoa. This helped cope with the cocoa shortage, making the process much more economical, also by reducing the usually high transportation expenses. In 1865 a chocolate master named Caffarel created and launched into the market a new and revolutionary product because it was made with a different blend. Given a different and original shape, which was made by actually using a spoon as the mold, it was the first chocolate candy with a paper wrapper.

Right from its birth this cioccolattino treat was given the name of "Givu'", a term deriving from the local Piemontese dialect which means, "bocconcino" or small bite. The origin of the current name, according to one reliable version of the story from 1866, revealed that during a Carnevale parade an actor dressed with the Gianduja costume suddenly came up with the idea of distributing the chocolate treats to the crowd. This was interpreted as a gesture of baptismal significance because it gave the go-ahead for calling these new chocolate treats with the name of "gianduiotti." Another invention from Turin is the "Bicerin", which comes from the Piemontese word for drinking glass. It is a delicious version of a drink that was very much in vogue during the later part of the 1700's. It was served in large glasses and made with coffee, chocolate and a few blends of milk and sugar. Although never mentioned in any written literature, this drink was accompanied by an assortment of sweet deserts called "bagnati" available in 14 flavors. Today this coffee and chocolate drink combination is still incredibly popular.

Tweet
More in this category: « A Toast to an Italian Wasp Typical Italian Easter Pastries »