Pina Di Rosa: One Woman’s Magical, Musical Journey Across the Sea of Life 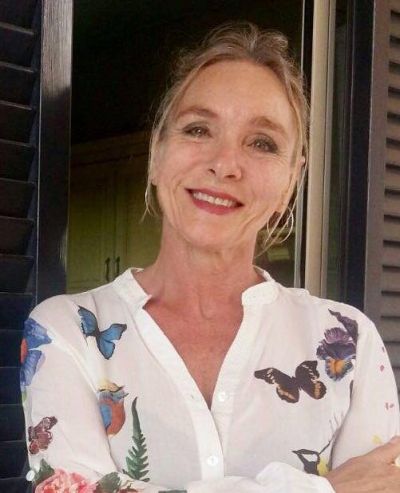 The phrase “you play the hand you’ve been dealt” is a fancy way of saying “use the resources you have at your disposal and operate realistically within the limits of your circumstances.” The story of Neapolitan native and current Portland, OR resident Pina Di Rosa is the saga of an individual that has overcome numerous difficulties to achieve a satisfying and successful career amidst formidable challenges.

Pina was raised by her grandparents. Before she was even born, her parents divorced and her father left Italy to immigrate to Switzerland with another woman. Pina’s mother was left to fend for herself and her young family, working different jobs just to make ends meet with no support from her estranged husband. Unable to bear the financial strain, her mother was forced to send her two older children to a children’s home in Portici, just outside of Naples, at the foothills of Mount Vesuvius, with Pina soon joining them. She and her siblings spent few precious moments with their mother and family at Easter, Christmas and one month during the summer. Pina would finally meet her father for the first time when she was five-years-old.

The orphanage was supported by churches from Europe and the U.S. Through the generosity of kind sponsors, she was afforded the opportunity to travel abroad. Foreign exchange excursions to NYC provided her with formative experiences that remain with her to this day courtesy of the six different host families with whom she stayed. It was at the boarding house when Pina was twelve-years-old that she first began singing and playing the guitar, covering the modern pop songs of that era. She received vocal lessons but was self-taught on the guitar. In addition to music, she was also exposed to dance and the fine arts. Pina would perform regularly for the staff and residents and was usually the main act. She found herself immersed in music, as she grew up in an environment where her mother would frequently sing and had hopes herself of becoming a professional singer – only to be held back by her modest economic situation.

Pina learned many Neapolitan songs from her mother. When she reached the age of adulthood, Pina moved north to the city of Brescia, in the Lombardy region, where she attended college and earned her degree in nursing and later worked in the fields of social psychiatry and psychology. Her passion for the humanities led her back to school where she earned her graduate degree in Italian Language and Literature from the University of Pavia with her thesis subject being “Latin Paleography on the handwriting of the poet Giacomo Leopardi.” While in Brescia, her son was born and she found infrequent but enjoyable occasions to perform with other guitarists and musicians in her spare time. In 2008, on one of her many international trips abroad, she had a chance encounter with her now husband in Istanbul which led to a romance that drew her to the west coast of the U.S. in 2011.

Pina continues to express her passion for her culture as a staff member at the Scuola Italiana di Portland, providing classes to both children and adults in cooking and language skills. Pina has also been able to seriously pursue her burgeoning music career in a more stable environment as evidenced by the release of her first two albums. Her first recording, “Napoli in Love” was released in December of 2016 and is the result of a strong nostalgic bond that is deeply rooted in Naples. The 10 tracks are a mix of classic and contemporary compositions that express the deep struggle and strength of love and life typically found in the historic southern Italian city. The genres featured therein include jazz, soft rock and reggae sonorities all performed in the traditional Neapolitan language. Two Pino Daniele compositions, “Je so’ pazzo” and “Napule é” and Sergio Bruni’s “Carmela” are among the highlights included in this debut recording. Her second album, “Io sono qui,” was released at the beginning of 2019 and again features a mix of classic and contemporary numbers. It contains more songs in standard Italian which are more personal in nature. Two more Pino Daniele hits, “Quanno chiove” and “Resta cu ‘mmé” are included in this recording as well as two Zucchero classics “Dune mosse” and Diamante.” “Cercami” by Renato Zero and “Se bruciasse la città” by Massimo Ranieri are additional standouts in this 13-song release.

Instrumental in the recording and arranging of both these albums is Portland guitarist Tim Uecker. Pina and Tim met when she was seeking a guitar instructor to help her improve her technical skills. She found an artistic “kindred spirit” who was likewise eager to expand his musical horizons as he was unfamiliar with Italian music and the language. In addition to his studio expertise, Tim is also a poly-instrumentalist, composer, music instructor, and singer. He has released 11 studio recordings to his credit. Their five-year professional association has allowed them to perform together at outdoor Italian music festivals and other public and private venues. You can find more information on Pina and Tim on Facebook at www.facebook.com/PDR321/.