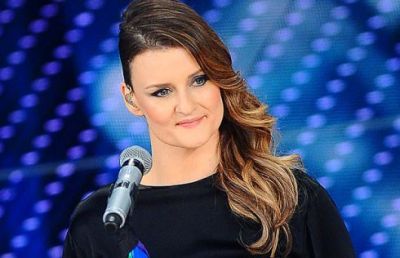 The price of notoriety can be costly not only to the rich and famous but to their family members as well. Public scrutiny of one’s personal life can be invasive, cruel and relentless. Progeny who choose to emulate their successful parents have difficult, if not impossible standards and expectations to achieve. Sometimes these career choices are unwillingly thrust upon them or they are simply left with no other options. There are those precious few who cautiously and confidently accept the challenge and strike out to chart their own course and blaze their own trails.

One such person is Irene Natalie Fornaciari who was born on Christmas Eve in 1983 in the seaside comune of Pietrasanta, located within the northern region of Tuscany. Her parents were Angela Figlié, a housewife, and Adelmo “Zucchero” Fornaciari, renowned Italian international recording artist. Irene was raised in a musically-endowed environment and developed an early appreciation for blues, soul and rhythm & blues. Her musical idols were Aretha Franklin, Tina Turner and Janis Joplin.

Her first recording and compositional experience occurred when she was only 15 as she provided guest vocals on the song “Karma, stai kalma” and a co-writing credit with her older sister Alice on the song “Puro amore;” both of which appeared on her father’s 1998 album “Bluesugar.” Irene’s compositional skills were again evident as she provided the Italian translation of several songs written by Bryan Adams for the soundtrack of the 2002 DreamWorks animated film “Spirit – Cavallo selvaggio” (Spirit: Stallion of the Cimarron). The following year, she assumed the role of Miriam in the De Angelis Brother’s theatrical musical production “I Dieci Comandamenti” (The Ten Commandments).

Irene soon formed her first band and two years later opened for her father on his 2004-2005 “Zu & Co.” European Tour. The opening performance in London’s Royal Albert Hall included special guest appearances by Eric Clapton, Luciano Pavarotti, Brian May, and Dolores O’Riordan. The experience convinced her to record her first single “Mastichi aria” (June 2006) and her group opened for established Italian recording artists including Niccolò Fabi, Paola Turci, Ligabue, Edoardo Bennato, and Alex Britti. Irene concluded the year by releasing her next two singles “Io non abito più qua” and “Un sole dentro.” These three songs would make their way onto her debut album “Vertigini in fiore” (2007) which yielded a fourth single, “Un giro in giro,” and contained several songs that she composed. Not content to rest on her laurels, she served as a backing vocalist for her father on his 2007 “Fly World Tour.” Irene re-interpreted Edoardo Bennato’s hit song “L’isola che non c’é” for the soundtrack of Giulio Manfredonia’s 2008 feature film “Si può fare.”

She received an invitation to the prestigious 2009 Sanremo Music Festival and competed in the “Nuove proposte” (Newcomer’s category) with the song “Spiove il sole.” This song made it onto her second full-length album “Vintage Baby” (2009) which again contained several self-penned numbers and three English-language cover songs with adapted Italian lyrics; including the Moody Blues classic “Ride My See-Saw” (“La tiritera della sera”). She was soon in demand for numerous television appearances which earned her valuable face time. Irene rode this sudden wave of success by appearing at the prestigious 2009 Primo Maggio (May 1st) concert in the Piazza San Giovanni in Rome and served as the opening act for established international recording artists such as Anastacia, Simply Red, John Fogerty, and Solomon Burke. She also participated in the 2009 “Amiche per l’Abruzzo” benefit concert in Milan that sought to raise funds and awareness for the victims of the April 6, 2009 earthquake that devastated that region of the peninsula.

The following year, she was invited by Claudio Baglioni to perform at his “O Scià” benefit concert in Lampedusa that raised funds and awareness for the growing refugee crisis that plagued the country. She received her second invitation to appear at the 2010 Sanremo Music Festival as she performed in the “Artisti” (Established Artists Category) with legendary Italian rock group “I Nomadi” on the hit song “Il mondo piange.” This song was one of two “inediti” (unreleased) songs included in her third album, the “Raccolta” (Greatest Hits) release entitled “Irene Fornaciari.” Her second single, “Messin’ with my head,” was presented at the international Wind Music Awards music competition and was performed in English. Irene would return to the Ariston Stage as she participated in the 2011 Sanremo Music Festival as the musical guest of participant Davide Van de Sfroos on his entry “Yanez.”

She set out on a two-month-long tour capitalizing on her growing popularity. She appeared alongside her father on an episode of the Italian television program “Delitti Rock” on “RaiDue” which paid tribute to one of her long-time idols, Janis Joplin. Irene re-interpreted two of the late singer’s most notable hits “Piece of my heart” and “Mercedes Benz.” Van de Sfroos would return the favor at the following 2012 Sanremo Music Festival by authoring her entry “Grande Mistero.” The song was included in her fourth album “Grande Mistero” (2012) and featured musical contributions from numerous Italian artists including Enrico Ruggeri, Ron (Rosalino Cellamare), Max Pezzali, Niccolò Agliardi, Andrea Bonomo, and Zucchero. She capped off the successful year by being awarded the “Premio Mia Martini” (Mia Martini Award) recognizing her as the “Rivelazione Femminile del Anno” (Female Revelation of The Year). Irene would tour the next two years and was the opening act for Francesco Renga during his 2014 “Tempo Reale” Tour. Her most recent recording “Questo tempo” (2016) was released shortly after her last appearance at the 2016 Sanremo Music Festival as she performed in the “Campioni” (Champions) category with the song “Blu.” The release contained numerous contributions from many upcoming artists and has become her best-selling album to date.

You can find more information about her at www.irenefornaciari.it.