MIMO to Announce his Debut Album! 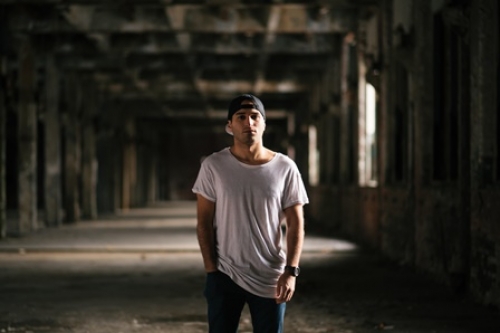 MIMO, aka Dominic Spitalieri, is a young DJ/ Producer from Cleveland, Ohio. He broke into the music industry in early 2011 and quickly became a fixture on the Cleveland club and hotel lounge scene. Although he is known for his live, energetic sets and passion to make the crowd move, MIMO has also been hard at work in the studio producing his debut album.

MIMO released his first record in September of 2012 titled "Love Suicide." Since then, MIMO has released seven original records and over 30 Mashups/ Bootlegs/ Edits. He has had major support from the dance music community including music blogs and services like SmashTheClub.com, SuperBangers.com, Beezo, The Soh Blog, Leak Jones, Digital Music Service, among many others.

In late 2014, MIMO decided to focus his attention on his debut album. When asked about his inspirations for the album, he stated:

"Music is the international language. It doesn't matter where you come from, your native language, your race, color, creed, religious background, or any other difference you may have music is something that speaks to everyone and great music can inspire, move, motivate, and even change the world! Beethoven, Elvis, The Beatles, Rolling Stones, Led Zeppelin, BB King, Nirvana, Sinatra, Rage Against The Machine, Michael Jackson, and so many more have taken the "music bar" and raised it for the next generation. Newcomers stick out at first and sometimes get rejected because their music is "different," but eventually the world catches up with the new sound/style and it becomes the status quo for the next generation to meet and/or exceed.

I love musicâ¦ ALL MUSIC! My album is not to create one specific sound, but to incorporate all different genres into dance music. Dance Music, as you know, is what I am known for and what I have a passion to produce. My album will give everyone something to listen to; as long as people keep an open mind and a willingness to listen to the music!"

MIMO debut album title has not yet been released. The official release of the album will be in March of 2015. Check out MIMO on all social channels to stay connected and to stay up-to-date on the album!

Tweet
More in this category: « East side, West side, all around the town... A Taste of Calabria »