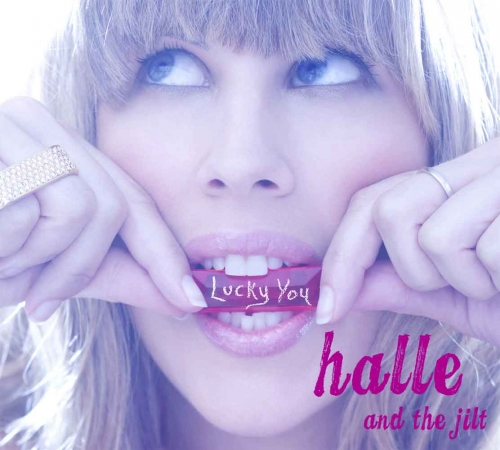 This is a story of a young woman. The story should have been told in last month's issue that covered entertainment, however this young woman's story is still incomplete and she has not, as of yet, made her mark in the entertainment world.

The interesting aspect of her story is that she embodies all of the traits of the Italians who came to America to find their place in this society and maybe make a name for themselves. Like our relatives who came to America and fought tooth and nail to carve their name into the history of this fine country, she is following in the footsteps of those relatives of ours.

Halle Susan Petro, the daughter of Ken and Marie Petro of Highland Heights, Ohio is a 1996 graduate of Mayfield High School in the Cleveland suburbs. After graduation Halle continued her education and received a Bachelor of Fine Arts - Music degree from Syracuse University. Her musical introduction came at age 13 during a mid-summer trip to New York City with her aunt and uncle where she saw The Phantom of the Opera on stage from about the 10th row of the theatre. From that point on, Halle was hooked on the music of Broadway. Returning to Highland Heights, Halle took up organ, piano, ballet and dance and of course, the music of the arts. With the encouragement of her parents, Halle participated in the musicals at Mayfield High School and it was evident to most of her family that she was a budding talent.

After graduation from Syracuse, Halle moved to New York City and joined what you might call the groups of "starving artists" who worked at day or night jobs as waitresses or any work that would give them the opportunity to earn some money, while giving them the necessary time off to take voice lessons or audition for any part on any stage in almost any theatre to assemble a musical bio.

Living in a closet sized apartment with two other young women in lower Manhattan, coupled with the constant search for an entry to her chosen field, I'm sure that Halle gained and appreciation for the immigrant experience in New York City. As the rents continued to climb, Halle and her friends moved across the Williamsburg Bridge to Brooklyn where the spaces were larger and the rents more manageable. Of course she settled in the Italian section of Brooklyn and continued to celebrate her heritage.

As time passed, the availability of auditions decreased while the competition for those auditions increased. Halle had come to a junction in her career where she felt that she needed to make a change. Fortunately, Halle had moved into a position at work in the financial market where she was able to earn enough to make ends meet and still enjoy some of the good things that New York had to offer. This financial stability also enabled her to make a daring move away from the Broadway aspect of music to her own performances. Halle organized a musical group, The Jilt to be her musical back up and began to perform at small clubs and venues. She would send out hundreds of emails to family and friends to come and hear Halle and the Jilt perform, usually with a small cover charge. Even though the earnings were not great, the exposure and the ability to perform music was its own reward.

After about three years, the group got really serious and began to write music. The style of their music was not locked into a period or type of music and the group was very fluid in its presentations. This is where the work really began. Halle began to write lyrics and music in collaboration with Karen Dryer, the pianist for the group. The two of them were in sync and the collaboration produced a series of songs that covered a range of styles from jazz to blues to contemporary country styles to songs similar to those you may hear on the television show âGlee'.

It took more than a year to record, blend and make backup music, but the result was a highly professional CD that was released earlier this year along with an invitation only performance on stage at a select club in Manhattan. The evening was capped off with an opening night party and dinner attended by Halle's parents and friends.

This CD became a labor of love for Halle and the Jilt and is the culmination of hundreds and hundreds of hours of work. This is truly a continuation of what our ancestors did when they arrived on these shores. They worked as hard as they possibly could to fulfill their dreams, regardless of the effort that it took to make their dreams a reality. How can we not be proud of their accomplishments? Maybe next year we will see her photo on the entertainment cover of La Gazzetta Italiana!

Tweet
More in this category: « Around the Horn with Dominick Farinacci Mbrascatu. A unique musical journey across the ocean and beyond »