Civitas Vetusta – A City Of Art 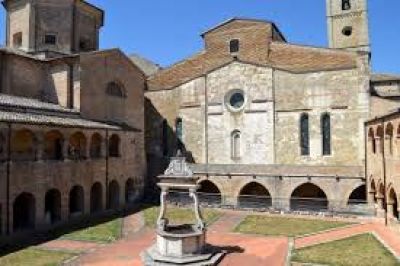 At first it seems surreal, but this town, set within Italy’s hillside, radiates beauty. To the east, it faces the Adriatic Sea. To the west, the Apennine Mountains can be seen. On a clear, bright day, you can see the Great Rock of Italy’s peak. The magical city, Atri, also known as “civitas vetusta,” is known for its large quantity of artistic pieces found within the city. In fact, if you walk throughout the city, you may lose track of time as you admire the art that can be seen in the churches and homes, in the overlapping buildings, on the roads, in the town squares, and on the fountains.

To understand why Atri has so much art, we must go back to its history. Although its exact history is not clearly known, we do know that the city was founded in the 10th or 11th century B.C. It was conquered by the Romans in 290 B.C. At the end of the Roman empire, it was invaded by the Barbarians. During the war between the Guelf and the Ghibelline, Atri pledged its allegiance to the Ghibelline. However, by the end of the war, it supported the Guelfs, who ended up winning the war. Pope Innocent IV gifted Atri a Holy Door for its loyalty during the war. The door was placed on the Basilica of Saint Maria Assunta. In 1395, Atri became part of the Acquaviva dukedom, which lasted until 1760. After this, the city became part of the King of Naples’ reign. During the 19th century, the city began to build new buildings such as The Communal Theatre and the city’s Palace. Also, they built the Capitular Museum, the Ethnographic Museum, The Museum of Musical Instruments, and The Archaeological Museum.

The main town square is the Piazza del Duomo, which stands before the magnificent Cathedral and faces the Communal Theatre building. The Cathedral was built on an old water reservoir between the eighth and ninth centuries. It has three naves (areas for congregations) with pointed arches. The frescoes on the walls model the Renaissance period in Abruzzi. Andrea De Litio, a well-known artist during this time, has many works in the Cathedral. The Holy Door, given by Pope Innocent IV, was created by Rainaldo d’Atri, who also built the Cathedral front, which is known for its large rose-colored window. Behind the Cathedral lies the Capitular Museum, which includes a Medieval Cloister. Originally, the Cloister was a monastery for Benedictine monks, but later became the museum. The Cathedral still contains the water from the reservoir. On the Cathedral’s right side, there is a small treasure: The Church of Saint Reparata, the town’s patron saint. The church is adjoined to the Cathedral.

The Communal Theatre (also referred to as the Piceno Theatre) is found in front of the Cathedral, where the Saint Andrea Church once was. The theatre’s inauguration was in 1872 with the play, “Un ballo in maschera” (A Masquerade Ball) by Giuseppe Verdi. The play’s beautiful simple lines parallel the sober neoclassical architecture. In the middle of the room, there is a figure of a horse and the walls are adorned with both Doric and Ionic columns. The vault’s decorations show an allegorical female figure, similarly found in both poetry and lyrics.

I highly encourage you to visit this magnificent pearl in Abruzzo on your next trip to Italy.

Tweet
More in this category: « The Veneto Canal Museum and the Last Bargeman Youth in Fano »