The Veneto Canal Museum and the Last Bargeman 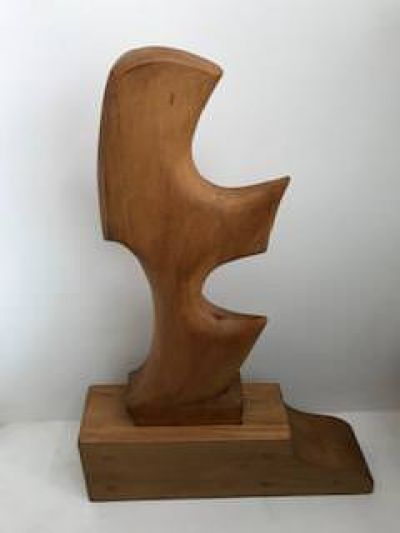 I often wonder when Ruskin wrote his great work “The Stones of Venice” whether he knew where the stones actually came from and how they were transported there.

In the sleepy faded spa town of Battaglia Terme not far from Padua lies the key to the building of the great and unique city of Venice. The Euganean Hills around Battaglia Terme is an area of volcanic cones and hot springs, now a regional park and an area popular with  German tourists for its spa treatments and its wines. But at some point a thousand or more years ago, it must have been discovered that the volcanic stone quarried there provided the perfect paving stones for the passages and alleyways of Venice, having a salt-resistant, rough texture which prevented slipping, an important factor in a city based on water. Next time you look down in Venice, take note of the stone beneath your feet!

Canals provided the easiest means of transport to carry these stones to Venice. A network of navigation systems sprang up and remained in use until the mid-20th century. The Battaglia Canal was constructed between 1189 and 1201, preceding by several centuries the canals of the English Industrial Revolution. They were often built at ground level with walls and banks to contain them, rather than dug out in trenches as in England.

The Museum of River Navigation in Battaglia Terme was the life’s work of the Battaglia Canal’s last bargeman, the visionary Riccardo Cappellozza, who sadly died this year. He used to tell the story of how he was chatting to his friend, the local librarian, about his work on the barges now that he was about to retire. They both realized that a whole language was about to disappear. Riccardo supplied the nouns for the tools and equipment, the verbs for the movement of cargo and business of sailing and the stories about life on the barges, or burci as they are known locally. From that small beginning, he began to collect the abandoned materials of his trade from whole boats to tiny hooks. The collection grew. Space was needed. Not everyone recognized the importance of all these objects, but the enlightened Council offered him the former abattoir to house the still-growing collection.

The SS16 Padua-Ferrara road follows the Battaglia Canal and the entrance to the little town is across a modern bridge where various boats have been pulled up onto dry land. This is the furthest outpost of the museum’s collection, next to boat sheds where the canal widens to permit barges to be stored and brought out for the town’s festive occasions, for rides to Catajo Castle and back for one euro. The museum itself is signposted behind the main road, but could hardly be missed with its assortment of anchors, mooring posts, buoys, and more arranged in front of the entrance.

To enter the museum is to time-travel to a gentler age of beautiful hand-crafted tools and a slower pace of life. There are several examples of the hand-carved forcole, receptacles for the oars made out of the hardest walnut, beautiful pieces of sculpture in their own right. The last master carver still lives in retirement in a nearby village and still occasionally makes new forcole in their traditional form, but these days from polished cherry wood. I was lucky enough to be presented with one of the last forcole made from walnut when I helped the museum to become twinned with an English canal museum.

As a child, Riccardo Cappellozza lived with his family on the barge for three summer months each year, trundling through the flat fertile landscape of a triangle formed by Mantua, Ferrara and Venice. There were paddle steamers then, like small versions of Mississippi steamboats, but his wooden barge, the Marco Polo, was one of hundreds and the common form of transport for the movement of all kinds of cargo, even after the advent of railways. He always pointed out that today, with our awareness of energy conservation, canal transport is a much greener alternative to movement by road or rail.

The museum’s top floor gives the illusion that you’re on a large barge. A ship’s steering wheel with brass fittings faces directly onto the canal in front of a floor-length window and all around are ropes, handling gear, oars, and pulleys. Signor Cappellozza had a great party trick with the ropes, one which he usually did for visiting school parties. With practiced skill, he quickly plaited and twisted 20-foot lengths into knots and invited the children to undo them. When they couldn’t, he stepped in and with a couple of deft flicks the ropes were straightened once more.

The freight boats were either wind-propelled, pulled by horses or pushed along by the boatmen using long oars. There is even a harness which was used by Riccardo to pull the barge himself when they had no horse. On one side of the room there are faded rudders and wooden handmade tools of the trade. On the other, a collection of domestic artifacts gives a picture of life on board. The family lived below deck where they kept wooden trunks for linens, a wood-burning stove for cooking and heating, a moscheto to keep insects away, and countless small utensils for everyday use. The barge was home, as well as the means for getting to know the outside world which floated by. They passed through the basins and the buta, the flooding created artificially twice a week to compensate for the shallower parts of the canal system.

The museum shows us the whole history of the almost forgotten world of river and lagoon transport, from the squeri, where the flat-bottomed barges were constructed (only one squero still remains in Venice and that was brought back into use by an enthusiastic American) to the art of navigating the inland waterways.

It was appropriate that the state recognised Riccardo Cappellozza’s great achievement by awarding him the title Cavaliere, of which he was very proud. He had countless other honors too, but being a modest man didn’t put them on display. You get a measure of his importance when you discover that The National Geographic Magazine devoted a whole page as an obituary to him. He was much more than a museum director; he was himself an important exhibit, a vital connection with the artifacts of a way of life which no longer exists.

View the embedded image gallery online at:
https://www.lagazzettaitaliana.com/travel/9382-the-veneto-canal-museum-and-the-last-bargeman#sigProIdb374601ab0
Tweet
More in this category: « The Glittering Interior of the Basilica di Santa Prassede Civitas Vetusta – A City Of Art »