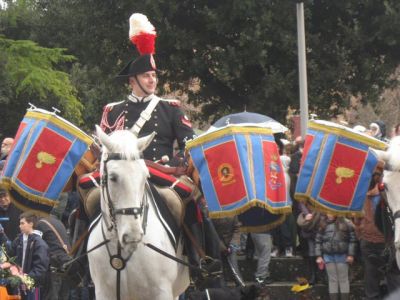 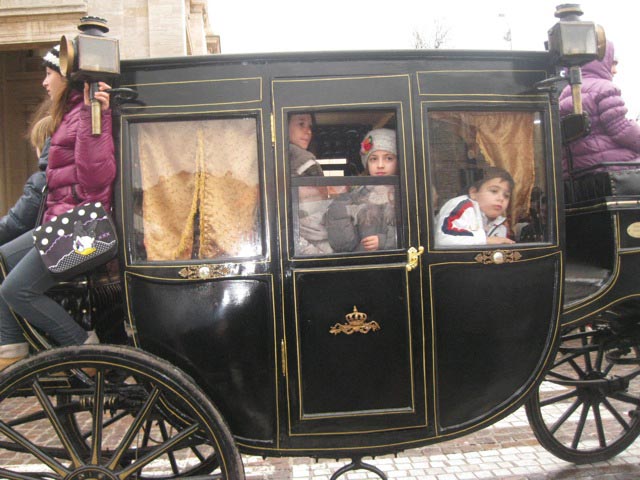 Just below Assisi, in Santa Maria degli Angeli, the guild of St. Anthony (Compagnia di Sant’Antonio) was formed at the time of the construction of the 17th century Basilica, built over the site where St. Francis of Assisi died in 1226. The guild’s self-imposed obligations were the construction of a chapel in the Basilica dedicated to St. Anthony and the offering of a meal to all the poor of the town on his feast day.

In 1860, the stagecoach horses which carried pilgrims from Rome to Florence (with a change in Santa Maria) began to die mysteriously. The people turned to St. Anthony offering a meal to the poor in his name “Piatto di Sant’Antonio” and the epidemic stopped immediately. The trains replaced the stagecoaches in the late 1880’s, but the dish of St. Anthony remains a tradition.

The poor are fed in his name every year on his Feast day. Over 25 years ago, the Associazione Priori del Piatto di Sant’Antonio was formed. Twelve men are chosen annually to serve St. Anthony’s food. The festivities open with a procession which leaves the Basilica di S. Maria degli Angeli after a Mass of investiture of the Priori. Following the clerics, the Priori, in their green capes, carry the Statue of St. Anthony on their shoulders as the procession winds through the streets. Nineteenth century carrozze (horse-drawn coaches) in the procession delight the children. The procession swells as the people join in and it concludes at the Basilica where the animals are blessed and bread is distributed. Afterwards, the people flock to one of five restaurants in the town for the piatto (always the same dish): rigatoni pasta with a meat sauce, four sausages, two slices of veal, an apple and an orange, all loaded on one plate. This abundance is in memory of the propitious dish distributed in the past to the poor in thanks for the miraculous cessation of the epidemic.

The Piatto di Sant’Antonio tradition has changed and grown. Nowadays, for a week preceding the feast day, delicious Umbrian specialties are served nightly in a chosen hotel in S. Maria degli Angeli (Assisi) with ballroom dancing on weekend nights. The locals come out in full force to honor their much-loved Egyptian (!) saint.