Capracotta: An Italian Town that Refuses to Disappear 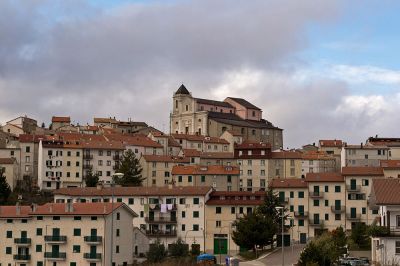 Many of the villages and small towns that our ancestors left when they came to America are in jeopardy of vanishing. According to informed sources, 6,000 Italian ghost towns are already totally or partially abandoned.

To kick off its triennial Festa della Madonna di Loreto, on September 6, 2017, Capracotta, a town in the Molise region, hosted a conference on the fate of paesi like itself, now at less than 1,000 inhabitants and dwindling. Invited by Mayor Candido Paglione and Capracotta’s municipal government, the convocation of experts and regional elected officials gathered prior to the religious feast to discuss how to save Italy‘s threatened rural settlements and small towns from extinction.

During the conference, dubbed Stati Generali dei Capracottesi nel Mondo, speakers discussed several strategies to combat the demographic decline plaguing so many Italian comuni. One suggested practice was for towns to strengthen ties with areas where emigrants settled. This example has worked well with the overseas communities of Capracottesi in Burlington, NJ and Leamington, Canada, where thousands of descendants of emigrants reside. Increased contact in recent years has boosted attendance at Capracotta’s religious and cultural events and provided a growing interest in the town’s recreational attractions and farm products. The outreach to Burlington and Leamington initiated by Capracotta’s civic leaders has reaped considerable benefits for the struggling town in terms of tourist dollars and renewed contacts across generations.

As a contribution to the September 6 proceedings, the Amici di Capracotta Association presented a book-length study of local emigration, one of the factors that historically has drained southern Italy of its inhabitants. Titled “A la Mèreca,” dialect for “To America,” the 256-page work also includes many personal stories of Capracottesi who settled in North and South America. An accompanying DVD featuring video and audio interviews with emigrants and their children enhances the volume.

La Gazzetta Italiana contributing writer, Ben Lariccia, joined the book’s team of international writers who documented Capracottese immigration to the Western Hemisphere. In addition to recording demographic features of Capracottese migration to the U.S., Lariccia contributed to the book several moving family stories about his relatives who emigrated from the town in the early 1900s.

As descendants of people who left Italy, we should become familiar with the hometowns that sent our ancestors to the U.S. This is a small but important first step in the fight to save these precious places from disappearing.

Many Italian municipalities participate in Italy’s national association called “Pro Loco,” which is dedicated to promoting tourism and growth. To find out how your ancestor’s hometown is promoting itself just google the term “pro loco” and the town’s name.

View the embedded image gallery online at:
https://www.lagazzettaitaliana.com/travel/8618-capracotta-an-italian-town-that-refuses-to-disappear#sigProIdaf0a857e60
Tweet
More in this category: « "The" Gentleman of Verona Cooking with the Sicilians »